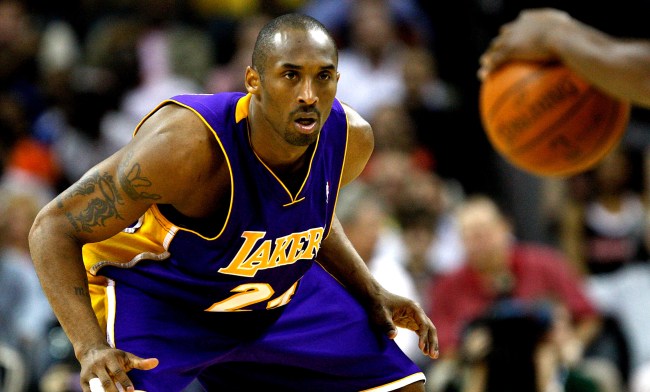 There is no shortage of stories about Kobe Bryant’s legendary competitiveness. Few players in the history of the NBA had the kind of fire the Black Mamba possessed.

17-year NBA referee Zach Zarba had a front row seat to the Kobe Bryant show on numerous occassions and this week he shared another tale about Kobe that once again illustrates what a different kind of player Bryant was back in the day.

Speaking to the New York Times, Zarba tells a story about an encounter with Kobe during his rookie year as an NBA ref.

“It must have been my first year in the league. My ‘welcome to the N.B.A.’ moment. I’m reffing a Lakers game and it’s Kobe Bryant. Kobe in 2003, 2004, was younger and brash. He was chasing a legacy. He was a great player and intense. I remember there was one game and Kobe asked about a play. He thought he got fouled on the elbow shooting a jumper. He barked about it,” Zarba said.

“The culture of the N.B.A. is that, for us, if a play in question happens in the first half, you can kind of go in at halftime, look at the play, you can come back and either tell them, ‘Yeah, you were right,’ or ‘No, you were wrong.’ Sure enough, Kobe got fouled and I missed the play, and it should’ve been a foul.

“When you tell a player and you drop your guard and say, ‘Hey, I missed that play,’ 90 percent of the time the player is going to say: ‘Hey, don’t worry about it. You’ll get the next one.’ That’s the kind of working environment. I come back out and walk up to Kobe and say: ‘Kobe, you were right. You did get hit on the elbow.’ He looked dead at me and I’m expecting a pat on the butt or whatever. He looked at me stone-faced and said, ‘Get it together.'”

Zarba, who has been working in the NBA bubble this summer, also revealed his stance on the longheld belief that stars in the NBA get more calls.

“I would disagree and go the other way and I would say that the majority of superstar players in our league don’t get all the calls and don’t get as many whistles as they deserve,” said Zarba.

“They would agree with you, replied Times writer Sopan Deb.

“They would agree, correct,” continued Zarba. “They actually finish a lot of plays at the rim and are so strong and so fast — and the hand is quicker than the eye — that there are things you go back and later on, you go: ‘Wow, you know what? He did get fouled.'”

Based on that, perhaps the Lakers are actually on to something with their claim that LeBron James isn’t getting enough free throws during this year’s playoffs.