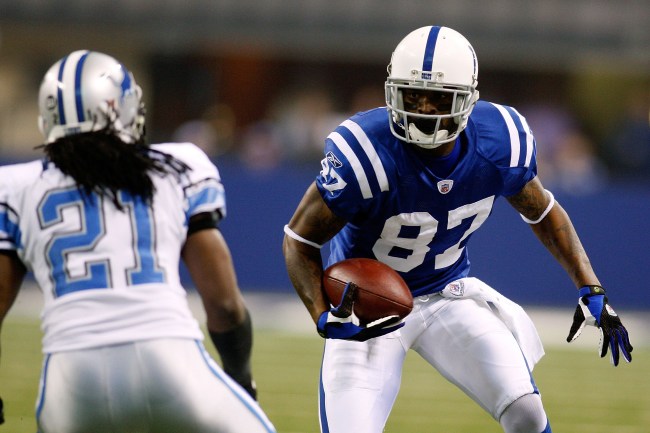 During his prime, Reggie Wayne was one of the more consistent wide receivers in the NFL, which helped lead him to six Pro Bowl appearances and a Super Bowl title with the Indianapolis Colts from 2001-14. But when it was time for the former first-round pick to find a new home in 2015 as he entered the tail end of his career, Wayne was weighing his options on where to play next — which ultimately ended with him signing with the New England Patriots prior to his requested release during training camp.

However, before accepting a one-year deal with the Pats, the Detroit Lions had shown some interest in signing Reggie Wayne that offseason, and just wanted to do their due diligence before making a decision on the then 36-year-old wideout. Seems like a smart call, right?

Well, it wasn’t something Wayne really thought was necessary because, in hindsight, it was the Detroit Lions. Seriously, the dude was upset that the organization had requested him to work out, so he threw some major shade at them and refused, according to a recent interview with Dan Hellie on the Hellipod podcast.

Per the interview, Reggie Wayne said he did work out for the Patriots before signing with them, but he denied the Lions a chance to see him work out when they asked him to do so; and then left them with a real zinger as a reason.

Maybe Wayne felt he didn’t need to work out for any team after all those great Colts seasons? Not exactly, since he did it when the Patriots called.

This is some ruthless shit from Reggie Wayne, guys, and a serious big dick move to turn down a franchise who, seemingly, was interested in signing him. But, given the history of the Lions, can anybody blame the wide receiver for sort of laughing in the face of the entire organization? Probably not.

“He told me to keep it. And that was love, man,” Wayne said, via the Free Press. “And I always had respect for him. I’ve heard people and seen stuff that he’s done on camera of his respect for me, and maybe that was just his sign of appreciation. We had a lot of battles against that team, so he told me to keep it. We kept it in the bank. I appreciate it. Hey, the best job ever.”

So, for all of you Detroit Lions fans out there, here’s your daily reminder of how sucky your team really is. Not even a 36-year-old Reggie Wayne who was desperate for one last NFL season respected the team enough to go through the work out process in order to play for them.