Remembering Kobe Bryant, From A Rival Fan Who Grew Up Despising Him 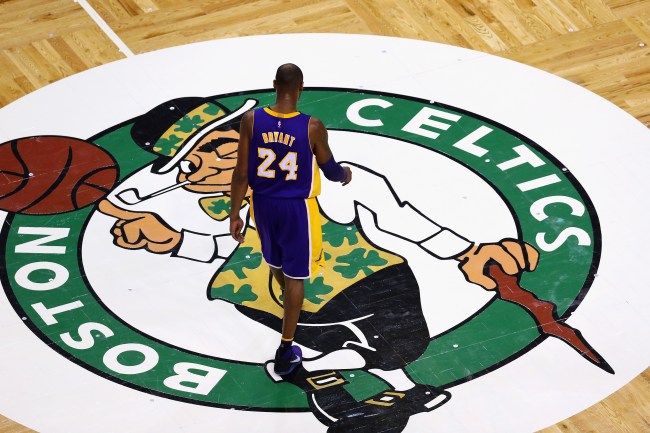 I’ve seen these words typed in all different sizes and typographies across every site on the internet over the past 18 hours. I’ve convinced myself that if I squint, or concentrate hard enough on the space between the letters, the whole message will disintegrate and reveal itself as phony.

Psychotic thinking, yes, but so is believing that in any permutation of the universe, the life of one the world’s greatest Winners can end because of a foggy day.

Full disclosure: since I’ve been old enough to make a lefty layup, I’ve succeeded in convincing myself that Kobe Bryant is the anti-Christ.

This is a merciful take as far as Celtics fans go, who’ve helplessly watched Kobe dominate the 2010 Finals so admirably that a 15-year-old boy from Cameroon, inspired, picked up a basketball for the first time. That player has evolved to become the biggest problem for the Celtics in the East and will be for the next 10 years.

Kobe is still stunting my team’s success after ripping out our souls out and becoming an Oscar-winning creative. Not ideal as far as fandom goes.

So how–as a rival fan–do you reconcile with undeniable greatness?

The only way to combat against someone so objectively better than you in every nook and cranny of life is to hate him with every inferior fiber of your inferior being. Everything. His success. His iron fist treatment of teammates. His silky skin and high cheekbones. The way he aggressively puckered his lips in between sentences. Kobe Stans, who I’ve gone on record saying  are the most insufferable collection of humans online aside from the people who comment ‘First’ on YouTube videos. All the bad shots he somehow made look like good ones.

When Kobe hit a buzzer beater to force overtime then another to give the Lakers homecourt. pic.twitter.com/YfRkjzbwQd

Hell, I even hated him for forcing me to like him after putting The Redeem Team on his back in ’08 and winning America Gold over Spain. Believe me, I briefly considered changing mi nombre a Diego y mudarse a España.

Kobe being clutch during the 2008 Team USA "Redeem Team" game vs Spain is still one of my favorite moments pic.twitter.com/pnDMS5m2oy

I carried this deep-seeded Kobe Bryant resentment around with me through high school, college, into the workforce, through my weird goatee phase that ended when someone asked me if I owned an ice cream truck, and up to the J. Crew cashier at the Chestnut Hill mall on January 26, 2020, which would ultimately amount to the only sweater exchange in human history worthy of remembering.

While waiting in line, I started receiving a string of nonsensical text messages from friends, most of which have grown up peeing on urinal pads with Kobe’s face on them. 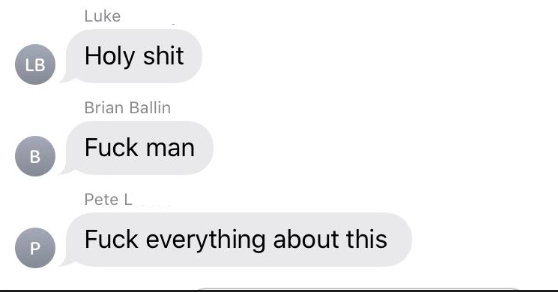 I can’t imagine these messages were much different than the ones you’ve received from friends and family trying to grapple in real-time with the sudden fallibility of the infallible.

After the reports were confirmed, 15 years of Kobe Bryant bitterness and envy attacked my knees and caused the atmosphere to impose itself on my body, making it feel like I was standing on ice skates in a fish bowl.

I can’t remember if I said one word to my girlfriend on the car ride home, but I remember driving the speed limit and stopping at yellow lights, because if this world can pick off Kobe Bryant, I’m on borrowed time.

When I arrived home, I smoked my first and second sober cigarette of 2020 before driving over to my brother’s 35th birthday dinner to try to celebrate life after we’ve just been reminded how fragile it is. My bones ached with the unfamiliar sadness that comes with the realization that you may actually love the person you’ve convinced yourself to hate.

There was no cake. No Happy Birthday serenade. Very few laughs. We just sat around the table with the ones we love because we could. And that is enough.

Kobe Bean Bryant, it was an honor hating you all these years. Rest in peace to a Forever Legend. 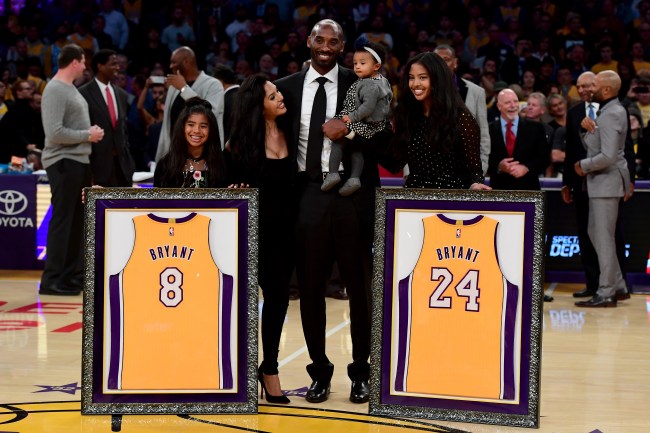