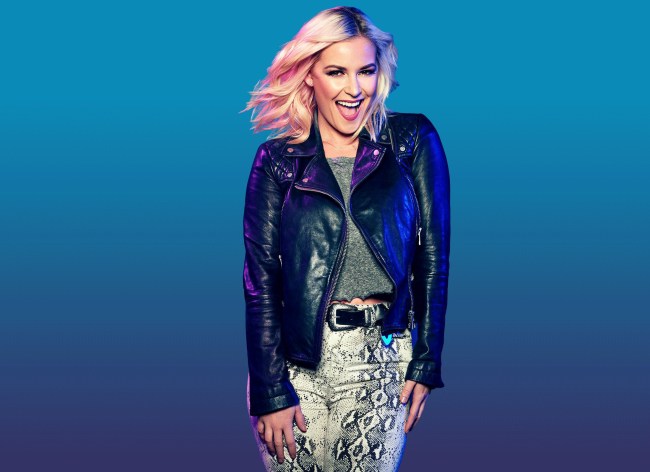 For most people, the stench of a heavily-used hockey bag sparks an involuntary dry-heave that leaves stomachs unsettled and eyes watered.

For Renee Paquette, the witch’s brew of sweat and bacteria may as well be a Yankee Candle scent, teleporting the former WWE star back to her days growing up in Toronto, Canada where hockey was a lifestyle.

Paquette joined NHL’s Celebrity Wrap to discuss taking to hockey at the tender age of four, owning her older brother on the ice, and being absurdly meticulous in her fandom.

"The fact that I can ride my bike to go see the @HSKnights is so cool." @ReneePaquette's love for hockey runs deep.

Check out Renee's new cookbook "Messy In The Kitchen" out now! pic.twitter.com/aJseGNbvZ0

On the genesis of Renee, The Hockey Player:

“I put on my first pair of skates at the age of four…and realizing I was good at it. I have an older brother that’s two years older than me and as soon as I started lapping him, I was like, ‘Eat my dust. I’m ready for this.’

My love of hockey stemmed from my love of skating and playing sports. I grew up playing ringette, which is similar to hockey, it’s played on ice, no blade on the end of the stick, a blue rubber ring.'”

On her hockey fandom:

“Growing up I would watch the Leafs, obviously. I would go to Oshawa Generals games, which is in the OHL. I really became invested in loving hockey and wanting to know everything probably about 10 or 11, watching the Leafs. I remember I would write down in my notebook, I can’t just know Doug Gilmour and Mats Sundin and Felix Potvin, I need to know the bench players.”

“The smells of an old, sweaty hockey bag brings me so much joy. I know that’s so weird, but I love it.”

On the Vegas Golden Knights:

“A great team. Who knew we were going to end up having year-after-year a pretty solid hockey team. And now we’ve got an AHL team coming, they’re building the new arena for them literally right around the corner from my house. The fact that I will be able to ride a bike to go watch the Henderson Silver Knights and bring my daughter to an AHL game is so cool to me.”

😂😂😂 wow i sure went on a long rant about how much I love hockey!! Legit though- arena smells spark my joy! https://t.co/cZFpiKE1nL