Report: ESPN Attempted To Remove Jemele Hill And Replace Her With Another Black Host 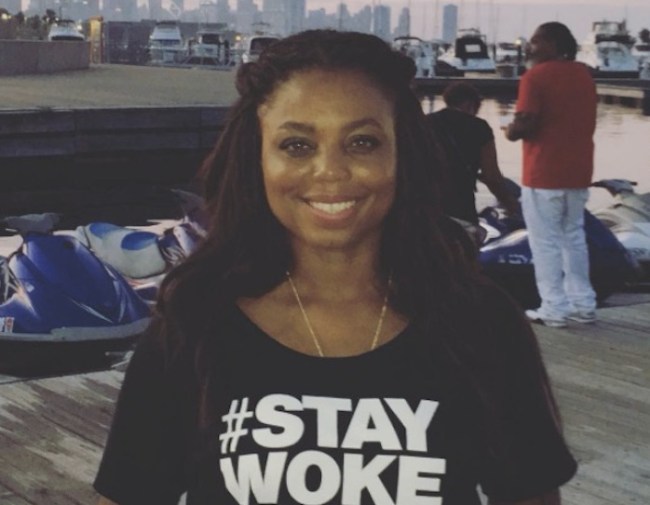 There could be some trouble brewing at ESPN. According to a report Lindsay Gibbs of ThinkProgress the Worldwide Leader of Sports was ready to replace Jemele Hill and her co-host Michael Smith for the night after Hill received backlash for her anti-Trump tweets in which she called the President a “white supremacist” on Tuesday night.

Hill — who was caught in the middle of a firestorm of controversy that began on Monday night when she tweeted that President Donald Trump was a white supremacist, which escalated when ESPN issued a statement on Tuesday reprimanding her comments and which exploded when White House Press Secretary Sarah Huckabee Sanders said that Hill’s tweets were a “fireable offense” — was calm and composed throughout the hour, and the show went on as usual.

However, two sources familiar with the situation told ThinkProgress that this was not the original plan.

ESPN originally tried to keep Hill off the air on Wednesday evening, but Smith refused to do the show without her, the sources said. Both sources also said that producers reached out to two other black ESPN hosts, Michael Eaves and Elle Duncan, to ask them to serve as fill-ins for the show — but Eaves and Duncan did not agree to take the place of Hill and Smith, either.

Faced with the possibility of having to replace Hill and Smith with white co-hosts, the sources said, ESPN then called Hill and asked her to come back on her show.

ESPN went on the offensive and immediately denied the report.

Our statement: "We never asked any other anchors to do last night’s show. Period.” https://t.co/EJhnjbr7yq

After ESPN condemned Hill’s actions on Twitter yesterday, several of her prominent black colleagues have teken to social media to defend Hill.

Love that my @NABJSports brothers came to check on me pic.twitter.com/a02nKHYmjK

If this report is true there could be a major backlash from the black reporters at the network who feel they are being marginalized by the company. \