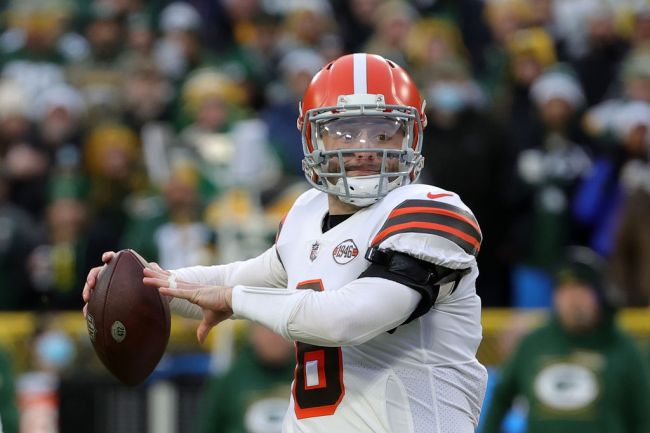 Just a few days ago, it seemed like there was no remaining hope that Baker Mayfield would be playing for anybody but the Cleveland Browns next season. Trade talks with the Carolina Panthers had broken down during the draft. Pete Carrol said the Seahawks probably weren’t trading for any veterans. Things weren’t looking good for Baker.

Now Baker has been given a sliver of hope. Josina Anderson reported today that while the Panthers aren’t in any rush to get a deal done for Baker and will continue on without him if they must, they haven’t closed the door on acquiring the quarterback.

My understanding is the door isn't 100% shut on the #Panthers and talks regarding Baker Mayfield, but I certainly received the impression that Carolina isn't in any rush, nor are they pressed, per league source. They will roll as is, if need be, per league source. @BovadaOfficial

This news further reinforces the idea that this deal could have actually gotten done during the draft if the Browns had just agreed to take on more of Baker’s salary. Now they have further negotiated away what little leverage they may have had previously.

It seems the Carolina Panthers are more than willing to wait the Browns out and hope they cut Baker, leaving the Panthers to sign him at a much lower cost.

Surely their coach will be pushing for the Panthers to try and make a move happen before the start of the NFL season. Matt Rhule is absolutely on the hot seat after earning only 5 wins in each of his first 2 seasons in the league. He’ll have a tough time avoiding another disappointing season if he has Sam Darnold as his starting quarterback for another season.

It looks like the Panthers and Browns are going to end up playing the NFL’s most entertaining game of Chicken this offseason as the football world waits to find out what Baker Mayfield’s future holds.