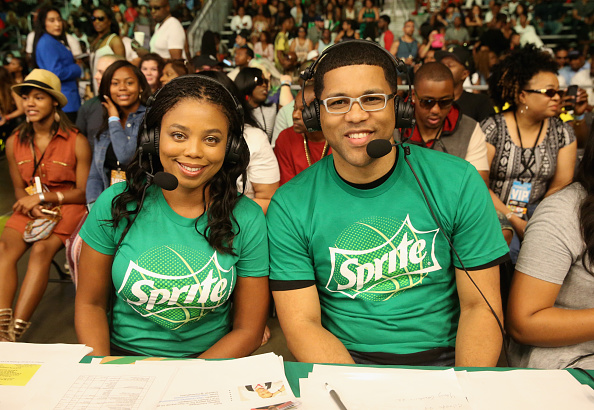 Former Sportscenter anchor Jemele Hill has reportedly agreed to a buyout, and will leave the company at the beginning of September, according to a report from veteran media reporter James Miller.

Richard Deitsch of the Athletic is reporting that Hill approached ESPN management to part ways so that she can begin work for her production company, Lodge Freeway Media.

As first reported by @JimMiller, @jemelehill is leaving ESPN. She approached management. Hill and @KelleyLCarter have a production company — Lodge Freeway Media — so that will be part of her post-ESPN world. She leaves ESPN in September after wrapping up some stuff.

Back in January, Hill stepped down from anchoring the 6pm edition of SportsCenter dubbed SC6 after months of controversy due to her political outspokenness on Twitter.

“This was definitely, 100 percent, my choice. I approached my superiors about making a change because — and maybe a lot of people probably didn’t know this, but I spent the majority of my career in print journalism. ESPN hired me, in 2006, to be a print columnist and so I often, you know, wrote commentary.

“Especially about issues revolving around race and sports, and so The Undefeated is a natural home for me. Given that it’s a site about the intersection between sports, African Americans, race, culture, it mixes all those things that I think are even more vital, now, to discuss and I wanted to do it on a platform that was deeply aligned with who as I was as a person.

“I respect a lot of the great journalists, the color that they have at this site and just so many of those in charge of it. So, it was just really an opportunity for me to do great journalism and the Sports Center is the legacy brand at ESPN, I had a great year doing the show.

“But, it was not a fit for me because ultimately I had a lot of things that I really wanted to say and wanted to express, and the Sports Center vehicle is not necessarily set up for that. So, I wanted to be on a property that was.”

Hill’s departure comes just a few days after new ESPN President Jimmy Pitaro made it clear that the network was not interested in covering politics.

“If you ask me is there a false narrative out there, I will tell you ESPN being a political organization is false,” he said. “I will tell you I have been very, very clear with employees here that it is not our jobs to cover politics, purely.”