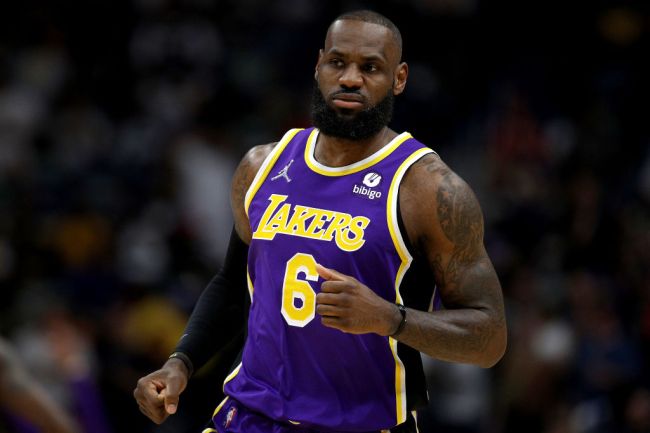 There are few things in this world that are less welcome in the city of Los Angeles than early draft picks right now.

The LA Rams just won a Super Bowl based on their willingness to trade away as many early picks as they have to in order to build a contender and worry about the future later.

The Los Angeles Lakers’ next tradable 1st round pick is their 2027 first rounder.

Despite the many picks the Lakers have already traded away to try and build a contender around him, it appears LeBron James wants the Lakers to give up another one. According to Brian Windhorst, LeBron wants the Lakers to trade away their 2029 1st round pick to give him a reunion with Kyrie Irving.

“I can’t articulate how little LeBron cares about the Lakers’ 2029 first-round pick.. He doesn’t care about first-round draft picks when they’re on his team. He wants to win tonight, and Kyrie Irving gives him a chance tonight.” pic.twitter.com/uJPYSnJpPa

This shouldn’t come as a surprise to anybody who has followed LeBron’s career in recent years. Future assets have been inconsequential to LeBron since he rejoined the Cleveland Cavaliers.

Early on in LeBron’s second stint with the Cavs, the team traded away Andrew Wiggins (that season’s top draft pick), Anthony Bennett (pick 1 the previous year), and their first pick in 2015 in order to acquire Kevin Love. The Cavs didn’t make another 1st round pick until 2018, when LeBron was preparing to leave in free agency.

This disregard for the future has continued during his time with the Lakers. When LeBron needed the Lakers to get him another star, they traded away Brandom Ingram and Lonzo Ball, who were both top 2 picks in their drafts, and 3 first round picks, including the 4th overall pick in 2019.

If the Lakers want to avoid another disappointing season like they just had, they’re most likely going to need to follow the lead of the Los Angeles Rams and LeBron and just start dealing whatever picks they can get rid of to build a contender.