Reporter Calls Bryson DeChambeau ‘Brooks’ During Open Championship Press Conference, It’s Unknown If Brooks Koepka Paid Him To Do So 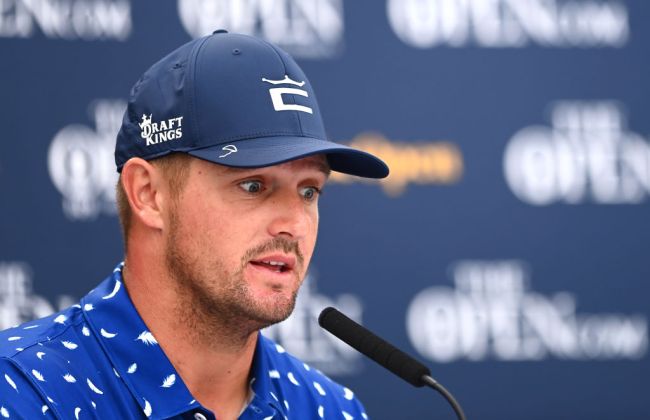 The final major of the year is here and with Open Championship week upon us, there are a near-infinite number of storylines to pay attention to, yet the Bryson DeChambeau & Brooks Koepka rivalry continues to lead the charge.

Both players spoke to the media on Tuesday and while actual golf and the week ahead at Royal St. George’s was the main theme of most questions, Koepka and DeChambeau were each asked about one another and the drama that’s unfolded over the past couple of months.

One reporter incidentally added more gas to the fire by saying “Hi Brooks” before asking DeChambeau a question. DeChambeau kept his cool and didn’t correct the reporter, which honestly seems like a missed opportunity for him to assert a bit of dominance within the rivalry.

Who knows, as Brendan Porath points out in the tweet, maybe the reporter was trying to earn some free Michelob Ultra and actually meant to call DeChambeau Brooks. Another conspiracy theory is maybe Koepka told the reporter to do it to simply get a laugh out of the situation.

The big conspiracy around the whole Koepka – DeChambeau rivalry is that some of it is just manufactured. The drama between the two really took off shortly after the PGA Tour announced its new Player Impact Program, a $40 million bonus pool that will reward golf’s biggest stars paying them based on their popularity and how they drive fan and sponsor engagement.

However, the longer this drags on, the more and more clear it’s becoming that these two guys simply do not like one another. Is some of it manufactured drama? Yeah, probably, but there does seem to be some real dislike for one another.