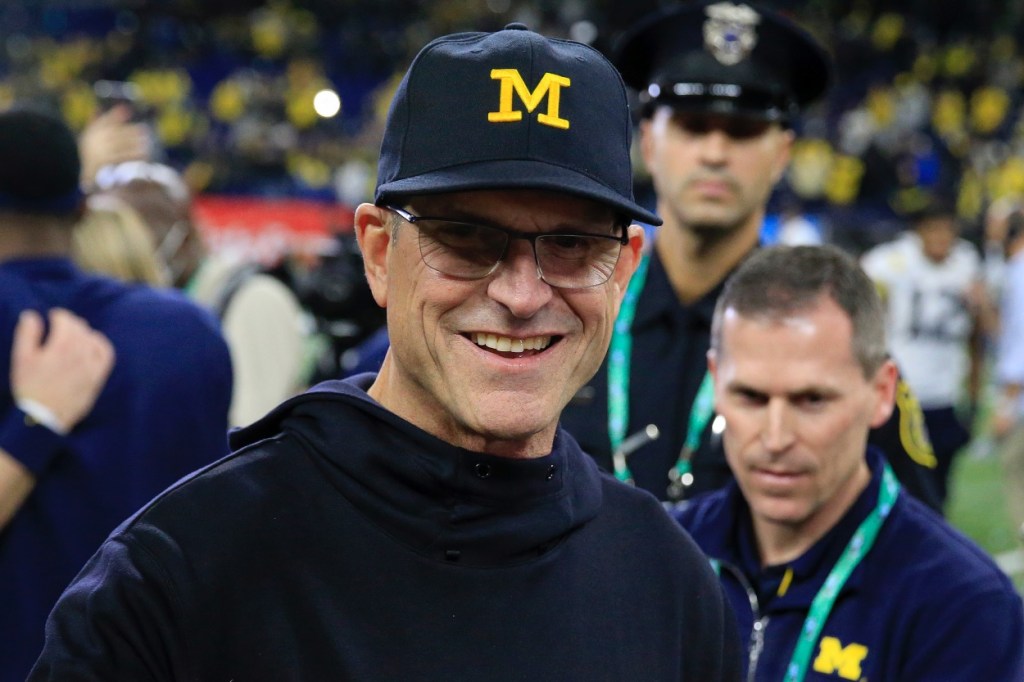 There was a time in America when laser tag was popular. At least I think there was. I was always more of a paintball fan as a kid but laser tag had its heyday in the 90s and 00s. So much so that Michigan Wolverines head coach Jim Harbaugh spent his bachelor party playing laser tag which led to a truly hilarious story.

This story was resurfaced on Twitter when ESPN’s Mina Kimes responded to a tweet from PGA professional golfer Max Homa about laser tag. Max believes that “o point have any men outgrown the joys of laser tag” and it turns out, that’s true, at least based on the Jim Harbaugh story.

Harbaugh has a reputation for being a bit crazy. Nebraska’s Scott Frost recently confirmed that. Now, here’s how it all played out with Max’s tweet, Mina’s response, and then someone swooping in with the Jim Harbaugh story from 8+ years ago.

I just saw a laser tag place. I assumed those were all gone so my question is why aren’t we still doing birthday parties there? At no point have any men outgrown the joys of laser tag

I went laser tagging a few years ago w some pals and thought it was an adults only thing…only to be mixed with kids. Felt a little bad camping in a tower and picking them off but the game is the game 🤷🏻‍♀️

Mina’s comment about feeling bad for sitting and sniping off kids unlocked the memory of this epic Jim Harbaugh moment in history.

Here’s that story via SportressOfBlogitude circa 2014:

When the fake smoke cleared and the game wrapped, it was revealed that Captain Comeback recorded more “kills” than anyone else in the party. Harbaugh won. Because he always wins. But upon further examination of where each person’s shots came from, it became clear why he won in such a landslide.

To be a fly on the wall in that room. And get to see Jim Harbaugh so competitive at laser tag at his bachelor party that he hunted down a 10-year-old kid to pad his stats. It’s not too different from what Michigan does to Northwestern and Indiana every year.

Good learning lesson for a kid. Gotta step your game up

So, Harbaugh, @minakimes and @CJ1two against a bunch of kids in a video game/laser tag tourney? https://t.co/bUtVUEan3o

I had the opposite experience at a bachelor party paintball outing. Absolutely murdered by ten year olds who owned their own markers.

We need a ’30 for 30′ on Jim Harbaugh’s bachelor party. It has to be done. The world needs to see Jim Harbaugh and his friends talking about that legendary laser tag match and the depths of Jim’s competitiveness.