Ric Flair Dared His Former Agent To Sue Him In Scathing Video Accusing Her Of Stealing… Guess What She Did? 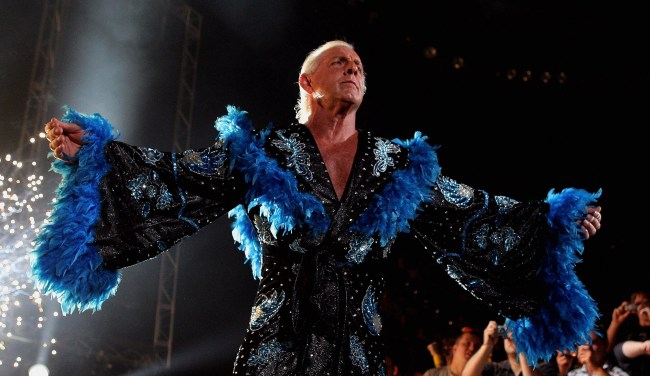 Last week WWE Hall of Famer “The Nature Boy” Ric Flair, fresh off getting a pacemaker, went on a rambling rant accusing his former agent, Melinda Morris Zanoni, of all sort of misdeeds including claims that she stole money from him.

“This video is for anyone who’s ever been screwed over by a lawyer,” Flair wrote in the video’s description.

“Let’s just start with the fact that she stole money from me,” Flair began the discussion. “She actually embezzled money from me — it’s documented, I’ve got the records, and I’ve talked to an attorney prior to making this video.”

Flair went on to state that he’s got a new attorney and dared Zanoni to sue him, saying, “What is the wrong with you? Did you really think that at some point in time that wouldn’t catch up with you?”

“This is so overdue. Melinda, I don’t know how you live with yourself,” Flair added. “Twenty years friendship, 10 years my agent. Not a text, you didn’t drive down to the hospital. You just didn’t give a sh*t. And you assumed I was gonna die, like a lot of people did. And you just grabbed all the money you could run with.”

Strong accusations… and daring Zanoni to sue him? Yeah, he probably shouldn’t have said that because, guess what?

Today we have taken the first step and filed a Civil Lawsuit against Richard M. Fliehr a/k/a as Ric Flair and certain unnamed (for now) defendants for defamation per se and look forward to proving the falsity of every wrongful allegation contained in his video that was posted on YouTube on June 3, 2019. Ric Flair having taken down the video is not enough.

We will vigorously use the court system to protect our good names and reputations, and obtain damages due to Ric Flair’s defamatory comments contained in the video. We intend to amend the lawsuit to include all involved parties and hold all involved accountable.

We completely stand behind our client’s well known reputation for truthfulness, professionalism, honor, and integrity.

That’s what Legacy Talent and Entertainment, LLC and Melinda Zanoni said in a statement on Monday.

That’s certainly is going to cut into all the money that the IRS claims Flair owes them.