Rick Carlisle Implies Hawks Shouldn’t Have Fired Lloyd Pierce Because He Is A Democrat, Not Because Of His Coaching Ability 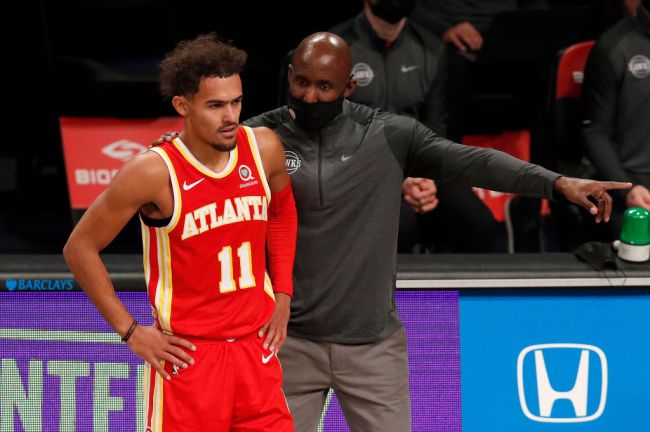 The Atlanta Hawks announced the firing of head coach Lloyd Pierce on Monday fresh off of a loss to the Miami Heat, the team’s eighth loss over their previous 11 games played. Pierce leaves Atlanta after posting a record of 63-120 in his two-plus seasons in charge of the Hawks.

After the news of Pierce’s firing broke, Dallas Mavericks head coach Rick Carlisle spoke out against the move. Carlisle, who is the president of the NBA Coaches Association, didn’t necessarily speak about his coaching ability as to why he should have kept his job, however. Instead, Carlisle pointed out that Pierce is a democrat and that his efforts in the community helped flip the state of Georgia from a traditionally red state to a blue state in the 2020 election.

“Georgia, in very large part because of Lloyd’s work and commitment, went from being a traditional Republican state to a Democratic state – not only in the electoral college vote in the presidential election, but also in the runoff elections in January, which has massively changed the landscape of our country,” Carlise told reporters.

Carlisle also pointed out that Pierce was the chairperson in Coaches for Racial Justice and that the 44-year-old had a profound impact on the landscape of social justice.

Pierce being a stand-up man and doing right in the world and Pierce being a not-so-great basketball coach can both be factual. Carlisle using political reasons as to why the Hawks should have held on to Pierce shows that he himself can’t separate the two. Pierce’s political beliefs fit Carlisle’s and the majority of the NBA’s. Carlisle, for whatever reason, believes that his political stance alone should have bought him more time, not his ability to possibly turn things around in Atlanta.

It’s also worth noting that The Athletic recently reported that there was ongoing friction between Pierce and Trae Young. A pattern of losing plus a poor relationship with your team’s best player isn’t a recipe for success.