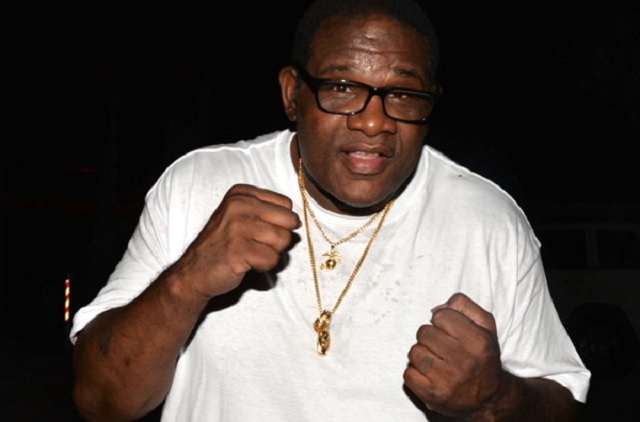 54-year-old boxer Riddick Bowe will not be boxing Lamar Odom on October 2nd in Miami.

On Wednesday Celebrity Boing CEO Damon Feldman revealed that he decided to remove Bowe from the fight card because the boxer’s lied to him about Bowe’s health.

All the Best to former Heavyweight champ @riddickbowe due to the backlash and being mislead from Bowes Management team,about Bowes Health, Celebrity Boxing is moving forward and having Bowe part of the event but not as a Celebrity Boxer,Lamar Odom will take on another Celeb Oct 2 pic.twitter.com/Fwolff2WN7

No. Just NO!!!! This is barbaric and beyond dangerous. The fact that no regulatory body has already put the kibosh on this is shocking and unacceptable. This isn’t sport. This isn’t #boxing. This is a human train-wreck waiting to happen. WTF! pic.twitter.com/s8oUWk5RrQ

Here’s Riddick Bowe, in preparation for his upcoming fight, and he’s being told “good job” This makes me feel sick, another man should be no where near a boxing ring @loudibella pic.twitter.com/spPFBF85Uv

Pulling Bowe from the fight was probably the right move after everything that went down with Holyfield a few weeks ago.