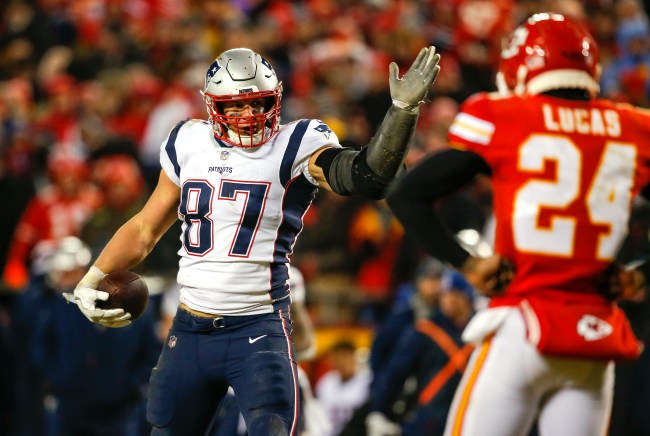 Rob Gronkowski has had a legendary 9-year career, becoming arguably the best tight end in NFL history and the most lovable character in history simultaneously. Current Eagle and former Patriot teammate Chris Long just called him “the best football player I’ve ever seen along with Tom [Brady].”

If the 29-year-old retires after Super Bowl LIII, no one will fault him for it. The dude has sacrificed his body for the game–a torn ACL, a broken forearm that required four surgeries, and two separate surgeries on his back, the list goes on. And having a solid nest egg for retirement won’t be an issue, as Gronk has banked almost all of his game checks and living off sponsorship and endorsement money.

Gronk’s role in the Patriots offense has tamped down this season, with Josh McDaniels using Gronk’s transcendent blocking abilities at an all-time high. Many view this is a sign that Gronk’s career is in its twilight phase. Gronkowski’s older brother Chris, a former NFL fullback, told TMZ this week that Rob’s future is still up in the air:

“I couldn’t tell you, and I don’t even think at this point that he knows what he’s going to do after the season.”

Whether Gronk retires in a couple weeks or 10 years, it will be too soon. That goofy bastard is one of a kind.