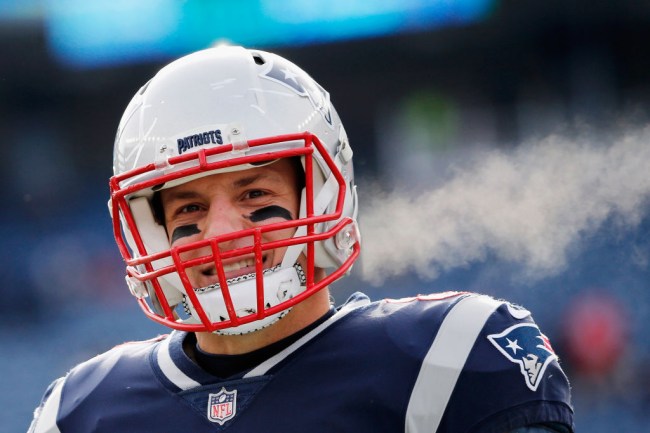 Over the past few years, professional sports leagues have started to realize that suddenly giving a 19-year-old who never took a personal finance course millions of dollars might not actually work out that well for them in the long run.

If you’ve seen Broke, you know how easy it is for athletes to forget taxes exist or think it’s a good idea to “lend” their second cousin $500,000 to start a vending machine business.

As a result, leagues have realized the importance of preparing players for the potential pitfalls that come with having a stupid amount of money in your bank account and have classes and seminars meant to help athletes avoid pulling an Antoine Walker.

When it comes to guys who’ve been smart with their finance, Rob Gronkowski is one of the most notable examples

He might not (yet) have paid Shaq Mason for the honor of having 69 on the back of his jersey, but Gronk has otherwise managed his money pretty well thanks to one lifestyle choice he made after entering the league: to not spend any of his contract money.

Instead, Gronkowski decided he’d fund his lifestyle with those sweet, sweet endorsement deals, which has given us some fantastic ads like this one.

What should Tide PODs be used for? DOING LAUNDRY. Nothing else.

Eating a Tide POD is a BAD IDEA, and we asked our friend @robgronkowski to help explain. pic.twitter.com/0JnFdhnsWZ

Gronkowski recently sat down with Maverick Carter on Kneading Dough to explain his financial outlook and revealed he’s only purchased a single thing with his NFL money: a fancy chain.

Gronk also revealed he’s saving up so he can buy a private jet at some point, but until then, he’s going to keep playing football in addition to serving as a part-time financial planner for younger players.

He recounted one story where he doled out some advice, saying: