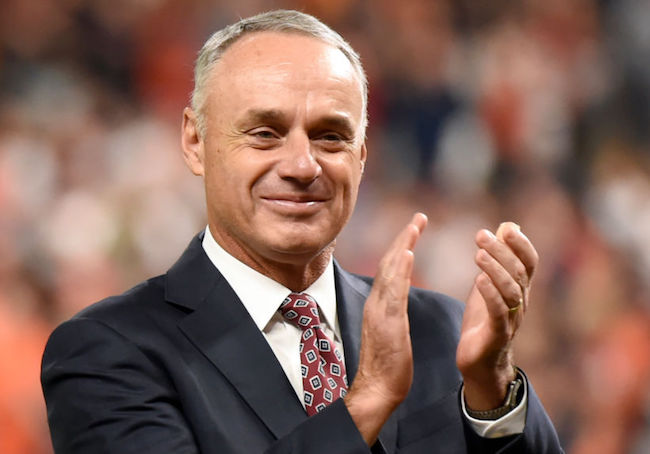 There’s a saying that suggests the only people who don’t cheat at things are those who aren’t trying hard enough, but last week, we learned the Houston Astros may have exerted a tad too much effort into breaking the rules when multiple people in the know told The Athletic the team used a camera to steal signs during the 2017 season.

It didn’t take long for evidence to emerge that seemed to support those claims, and videos quickly surfaced that appeared to show the Astros using a drum (which was actually a trash can) to alert batters to when certain pitches were coming during a season that resulted in the team bringing a championship to Houston.

There have also been allegations that the Astros harnessed earpieces in addition to slapping buzzing bandages on players to give them an edge, and based on the evidence at hand, it would appear there’s going to be some discipline coming Houston’s way sooner rather than later.

In the past, the MLB has fined teams and taken away draft picks for violating the rules but this is certainly an unprecedented situation given the competitive advantage the team allegedly gained, and now, commissioner Rob Manfred has suggested the franchise could be hit with an unprecedented punishment if investigators find there’s veracity to the allegations.

According to ESPN, Manfred addressed the matter on Tuesday and implied the Astros could be hit with a bigger punishment than most teams to come before them, and while he didn’t address specifics, he made it clear nothing was off of the table:

“I’m not going to speculate on what the appropriate discipline is. That depends on how the facts are established at the end of the investigation.

The general warning I issued to the clubs, I stand by. It certainly could be all of those [past disciplinary actions], but my authority under the major league constitution would be broader than those things as well.”

I’ve seen people calling for the league to strip the Astros of their World Series win if they’re found guilty, and while I’d personally be shocked if the MLB resorted to such an extreme measure, it looks like Houston might want to brace itself for the iron fist it’s about to be punched with.