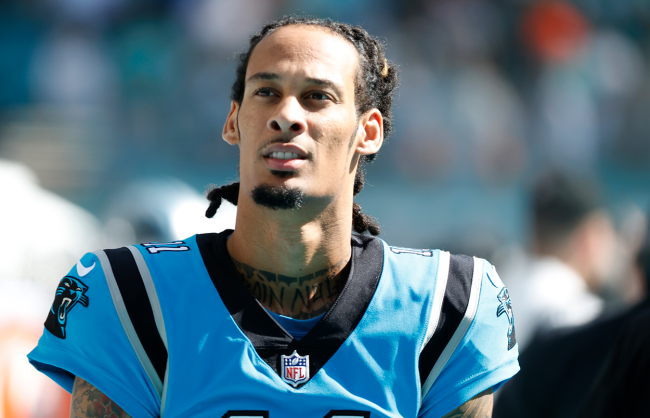 Robbie Anderson, formally known as Robby Anderson, also known as ‘Sun God,’ is quite the character. He is known not just for his on-field play but his off-field antics and the consistent willingness to speak his mind openly and honestly. Anderson never holds back.

That was certainly the case over the weekend when he posted about a potential retirement. Anderson didn’t say that he was retiring and he didn’t say why, but he said that he was thinking about hanging up his cleats.

The Panthers receiver ultimately deleted his tweet, but not before the speculation ran rampant. NFL fans far and wide chimed in on why Anderson might be considering retirement, and some thought it was a shot at Sam Darnold.

In the end, we may never know the real reason.

However, Robbie Anderson addressed the retirement tweet during his media session on Wednesday.

The 29-year-old said that he was just thinking out loud. He did not choose to elaborate but did express that he was thinking about personal things when considering retirement— not anything team-related.

And then is patience with the conversation clearly ran thin. Anderson just walked off of the stage and away from the podium before the Q&A session had wrapped.

Before leaving the press conference, he did address the idea of retiring. Anderson was asked where he stands.

A reporter followed up asking him if he wants to be a Panther. Anderson reiterated with a smile and a shrug:

Anderson did stay through the end of his media session before just walking off stage without a thank you or a goodbye. The whole thing was rather tense and awkward from start to finish, but Anderson was honest and direct, so credit to him.