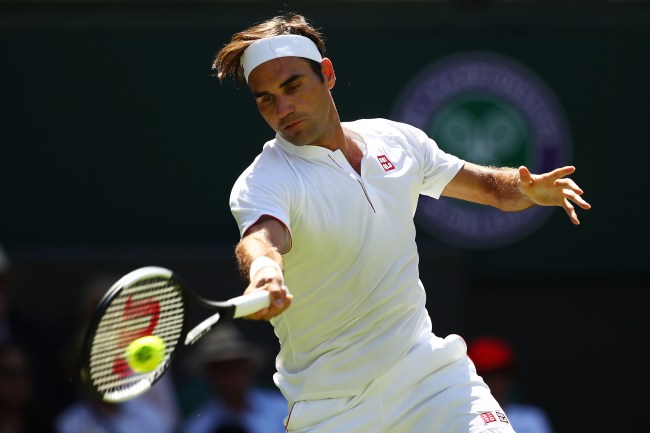 But, as the 36-year-old set out to compete for his ninth win at Wimbledon on Monday, the Swiss tennis legend appeared to ditch Nike for Uniqlo en route to beating Dušan Lajović in straight sets to move on to the second round.

ESPN’s Darren Rovell reports that the Japanese retailer was able to lure Federer away from his sponsor since 1994 with money. A lot of money. The deal is worth more than $300 million guaranteed over 10 years, but more importantly, there is a clause in the contract that says that Federer will collect the money even if he doesn’t play.

As ESPN points out, Federer’s $300 million Uniqlo deal eclipses his career on-court earnings of $116.6 million by a wide margin.

It gets even sweeter. Federer can make even more money, as Uniqlo has allowed him and his team to sell more patches on his shirt, a liberty Nike never allowed.

Nike was given the right to match the deal and passed, after a contentious negotiation with Federer’s agent. Nike has already discounted most of the Federer gear on its website.

Three hundred million dollars. Now if you’ll excuse me I need to go pay the minimum balance on my credit card and then chug some bleach.