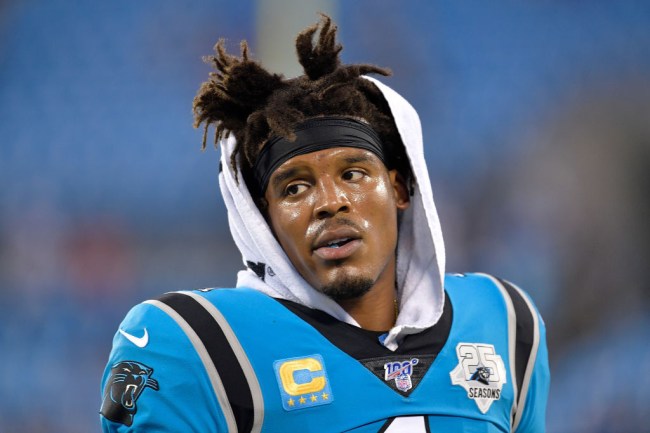 It’s been 70 days since Cam Newton was released by the Panthers back on March 24 and the former league MVP is still unemployed. Ron Rivera, Newton’s former head coach in Carolina, thinks this has put a chip on his shoulder which could be dangerous for the rest of the league when a team does decide to give him a chance.

“The one thing about Cam Newton with an edge for something to prove, don’t ever bet against him,” Rivera told Jay Glazer on FS1. From the people that are around him that I know, they’ve all said the same thing to me. They’ve said, ‘Coach, he looks great. He really does,’ they also told me, ‘He’s a little bit different.’ His whole attitude — he’s got something to prove.”

There is no denying that Newton has the size and skillset to still play at an extremely high-level in the NFL, but given his injury history, it’s hard not to take Rivera’s remarks with at least a tiny grain of salt. Newton has struggled a bit following Carolina’s trip to the Super Bowl during the 2015 season.

Newton’s most recent injury came during the preseason last year when he suffered a Lisfranc fracture. He played in just the first two games of the season before being placed on injured reserve and now his time in Carolina is history.

The now 31-year-old quarterback will almost certainly sign a contract sooner rather than later, the virus shutting down the sports world hasn’t helped his cause by any means, but it’ll be interesting to see if Rivera’s claims have any juice behind them or not.