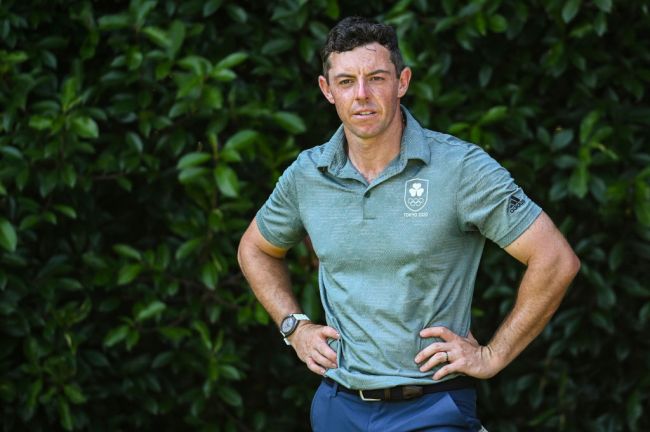 The final stretch of the PGA Tour season seems to be taking a toll on Rory McIlroy, and he surely can’t be the only PGA Tour player feeling a bit burnt out coming down the stretch.

McIlroy played in The Open Championship in England, traveled to Tokyo to compete in the Olympics after a short few-day break, and then immediately flew to Memphis to play in the WGC FedEx St. Jude Invitational the very next week. He was able to take a week off after Memphis but teed it up in last week’s Northern Trust for what he hopes was just the first event of three straight.

That’s a lot of travel for anyone, let alone a player constantly in the spotlight that’s had an up-and-down year now battling for a spot in The Tour Championship to close out the FedEx Cup Playoffs.

One thing McIlroy has always been admired for is his honesty with the media, and that was on full display on Wednesday ahead of the BMW Championship. McIlroy is tired, and instead of delivering a lie saying he’s in great spirits, he let everyone know that he’s currently just taking things day-by-day.

“Yeah, I think I feel like a lot of guys feel right now, a little jaded, a little tired,” McIlroy said. “End of the season, there’s been a lot of golf. Yeah, so a lot of travel. So yeah, I’m just sort of getting through it, to be honest. I’m going day by day and just trying to get through it as best I can and try to make it to next week. After that, two weeks off before the Ryder Cup.

Yeah, just taking it day by day. The game feels pretty good, okay. Energy levels are somewhat sort of trying to dig deep at this point, but yeah, try and keep going and try and put in a good finish this week to make sure I’m in Atlanta next week.”

“It’s been a — since we came back after the sort of COVID halt, I guess, when we came back in Colonial last year, I think this is my 33rd event since then. Next week will be 34 and then Ryder Cup 35. So all that in a space of 15 months, it’s a lot of golf. It’s probably too much for me. I’ve played more than I probably should have and feel like it’s just sort of all caught up with me,” he continued.

At that given moment, McIlroy certainly sounded like a guy that wanted to be as far away from a golf course as humanly possible.

McIlroy also shared that he threw his 3-wood onto the New Jersey Turnpike during Monday’s delayed final round of The Northern Trust. At least he’s taking his frustrations out a little bit, which should help things.