Rory McIlroy Struggles His Way To Opening Round 79 At The Players, Makes Quad On 18 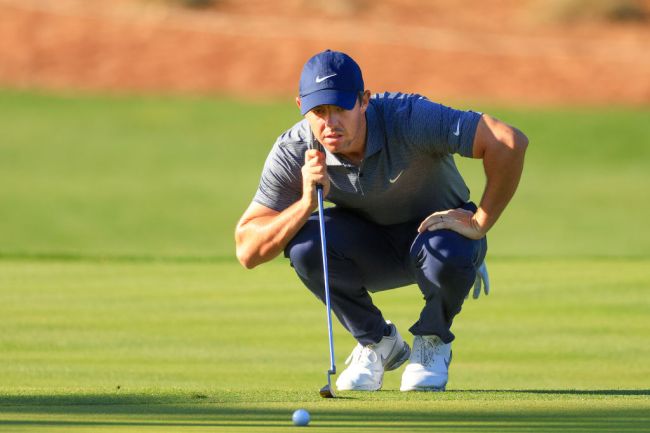 On Tuesday, before his title defense began at The Players, Rory McIlroy spoke about his inconsistencies and feeling dejected following his final-round 76 at the Arnold Palmer Invitational the week prior. He didn’t sound like his normal, confident self, and based on his opening round 79 on Thursday, it’s clear that he’s searching a bit at the moment.

McIlroy began his day with a hook off the 10th tee and walked away with a double on the hole. The pull-hook was his miss all day long, but none of his misses were more costly than his two bad swings on the 18th. His tee shot found the water left as did his third shot after taking a drop. He finished the hole with a dreaded eight and made the turn by posting a 43 on the opening nine.

He spoke about his tough start and having to figure things out as the round went on.

“Very hard, especially when you’re trying to figure it out as you go along on course, right,” McIlroy said. “You’re not like, you don’t really — you’re trying to figure it out but you still know you’re not really sure where the shots are coming from an then it’s sort of as I said earlier in the week, it’s hard to at least to try to eliminate one side of the golf course, basically.”

The champ is down. Rory McIlroy makes a quadruple bogey on No. 18. pic.twitter.com/dIfMf72WxG

McIlroy, the No. 11 ranked player in the world, was able to hit 12 of 18 greens, which is an impressive number given the fact he only hit 6 of 14 fairways. He lost over two shots to the field off the tee, which is a rare sight to see from McIlroy.

McIlroy certainly wasn’t the only big-time player to struggle on Thursday. Tony Finau posted a 78, Xander Schauffele shot 76 and Henrik Stenson currently sits in last place after a 13-over 85.