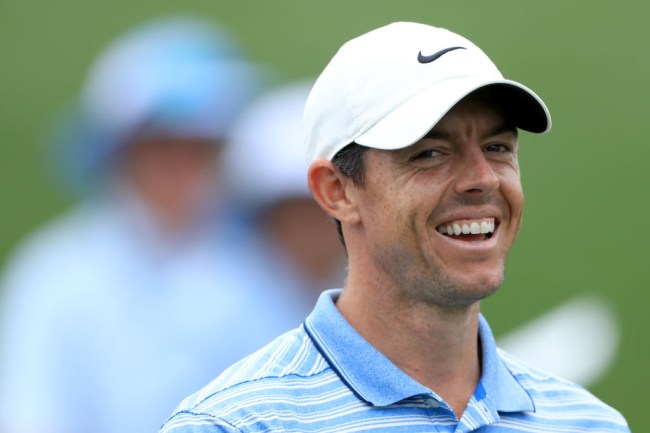 Rory McIlroy is a player that has been one of the faces of the fitness movement we’ve seen in the game of golf over the past handful of years. In 2015 he even became the first golfer ever to grace the cover of Men’s Health Magazine.

So, when this particular tweet began to circulate back in February about a recent Peloton workout belonging to a PGA Tour player, rumors began to fly that the results belonged to McIlroy.

Technology aside, the obsessive focus on fitness is very real. Tour players are in better shape than people understand.

Recent Peloton data from a guy who will go down as an all-time great. These numbers are totally incomprehensible — Top .001% of 9K riders. pic.twitter.com/IxkXWQj5Z8

I’m not a Peloton guy by any means, but even I know that 955 kilojoules in a 45-minute ride is an astounding number. We’re talking about the elite of the elite type of output here, hence the 11th place finish out of 8,988 riders online for the workout. Burning over 1,300 kcal’s in a 45-minute workout is phenomenal as well. Meanwhile, I get done with a 50 minute HIIT class and burn 700 calories and feel like I may have to spend the night at the gym because there’s no way I can walk the two blocks back to my apartment.

It turns out that Shane Ryan of Golf Digest is a Peloton junkie himself and during McIlroy’s presser on Tuesday at The Players, he had the opportunity to ask the World No. 1 if, in fact, he was the man behind the mind-blowing workout.

It turns out that it was McIlroy, the Peleton god himself, but he thinks the bike was a bit juiced.

“Yeah, so that was me,” McIlroy confirmed to Ryan.

“But I think the bike was a little juiced.”

“So I did that the Monday after Riviera in the hotel I was staying at in Santa Monica,” he continued. “My bike at home, I can sort of get on the Peloton, and I can sit in the saddle at like a 50 resistance at like 90—like a 90 cadence and just sort of bang that out for 45 minutes or an hour. But 50 resistance on this bike felt really easy, so I sort of cranked it up. So I’d say that was a little juiced.”

McIlroy, who owns a Peloton himself, went on to explain that he rides the bike two to three times per week, which makes that particular score even that much more impressive seeing as how he doesn’t rack up miles and miles every single day.

According to someone Ryan talked to that knows more about McIlroy’s numbers and averages on the Peloton, he confirmed that he regularly hits the mid-700’s during 45-minute rides, which are absolutely monstrous numbers as well.

So, maybe riding on a stationary bike is the key to becoming a better golfer.