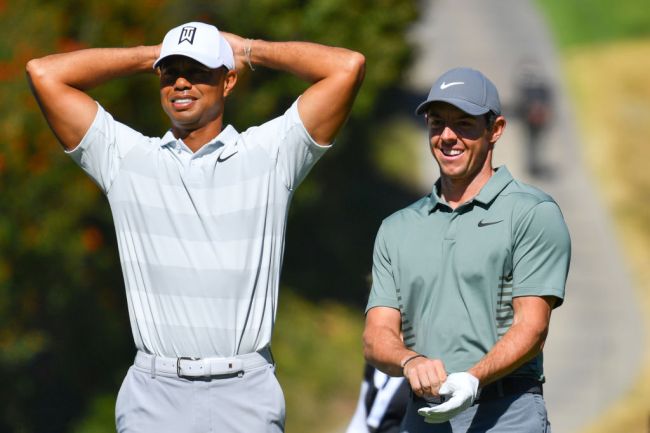 The news of Tiger Woods’ single-car crash on Tuesday shocked the entire sports world. Thankfully, Woods’ team released a statement explaining that he is awake, responsive, and resting after emergency surgery.

When accidents involving these seemingly larger-than-life figures occur, it’s often tough to put things into an ‘everyday person’ perspective so to speak. Rory McIlroy was able to accomplish that, however, when asked about Woods’ accident and whether or not he thinks the 15-time major winner will return from these injuries.

As more and more news began to come out about Woods’ injuries, many people’s immediate question was ‘will he ever be able to play golf again?’ McIlroy explained that that’s not the top priority here, in fact, it’s nowhere near the most important thing in all of this.

“He’s a human being at the end of the day. And he’s already been through so much,” McIlroy told reporters on Wednesday ahead of the WGC event at The Concession. “At this stage I think everyone should just be grateful that he’s here, that he’s alive, that his kids haven’t lost their dad. That’s the most important thing. Golf is so far from the equation right now, it’s not even on the map at this point.”

Sure, we all hope Woods gets to tee it up again, he deserves nothing more than to call it quits on the game of golf on his own terms, but at the end of the day, he gets to hug his kids again, and that’s the most important thing in all of this.

According to the statement shared by Woods’ team, he suffered “comminuted open fractures affecting both the upper and lower portions of the tibia and fibula” in his right leg during his single-car crash on Tuesday. A rod was inserted into the tibia for stabilization and screws and pins were inserted to stabilize his right foot and ankle. “Surgical release of the covering of the muscle and soft-tissue” of the leg was also used to relieve pressure due to swelling.