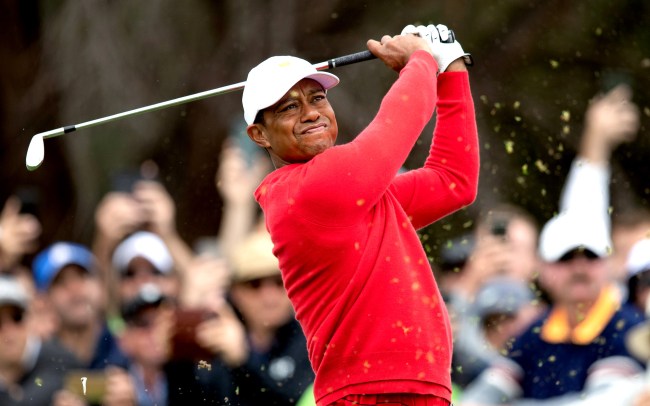 According to the statement, Woods suffered “comminuted open fractures affecting both the upper and lower portions of the tibia and fibula” in his right leg during his single-car crash on Tuesday. A rod was inserted into the tibia for stabilization and screws and pins were inserted to stabilize his right foot and ankle. “Surgical release of the covering of the muscle and soft-tissue” of the leg was also used to relieve pressure due to swelling.

After these details were shared on social media, Bill Mallon gave his opinion and analysis about Woods’ injuries, surgery, and what his recovery may look like. Mallon is a former PGA Tour player and now the Associate Consulting Professor of Orthopaedics at Duke University while also having his own practice.

Mallon does an exceptional job of explaining what Woods’ surgery probably looked like. He also shared his opinion that, based on the information that’s bee shared, if Woods’ leg heals fully he will be able to play golf again. He also stresses that the recovery of his recent back surgery could still be the deciding factor on whether or not Woods ever tees it up again. 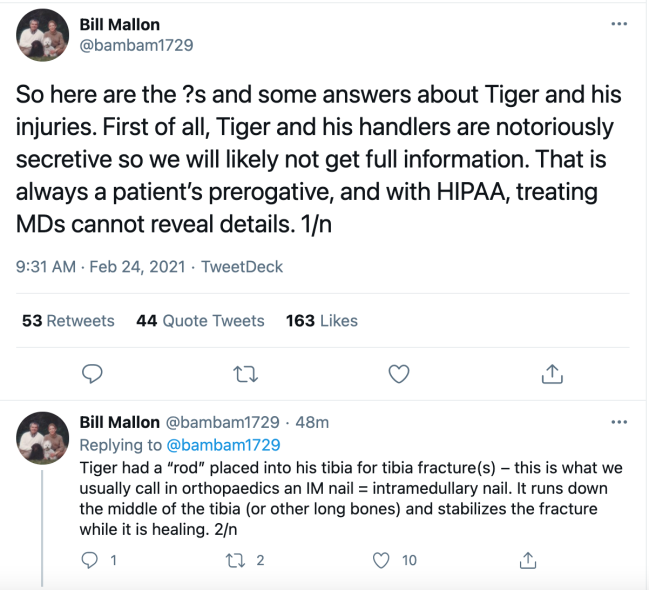 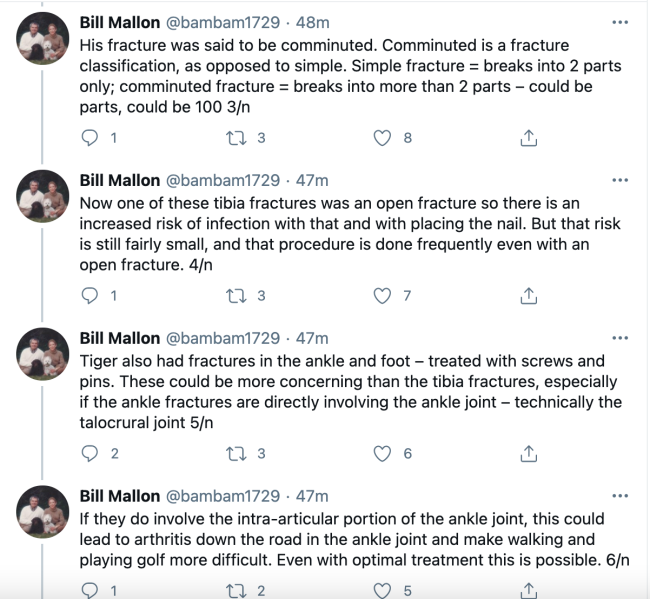 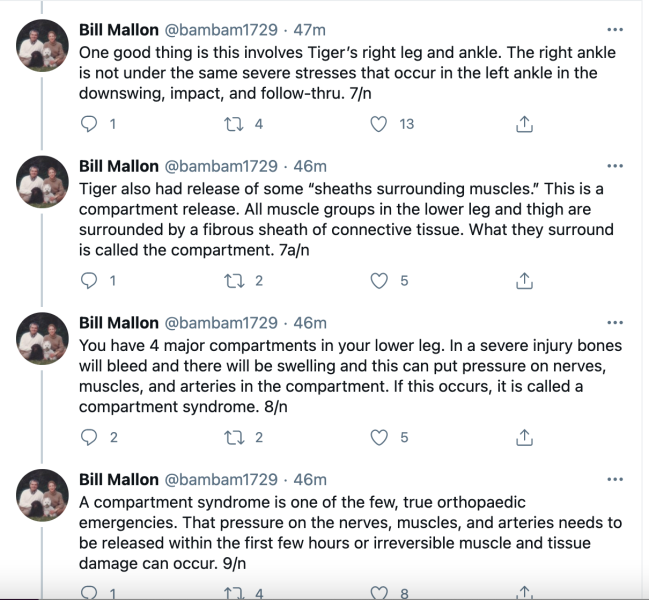 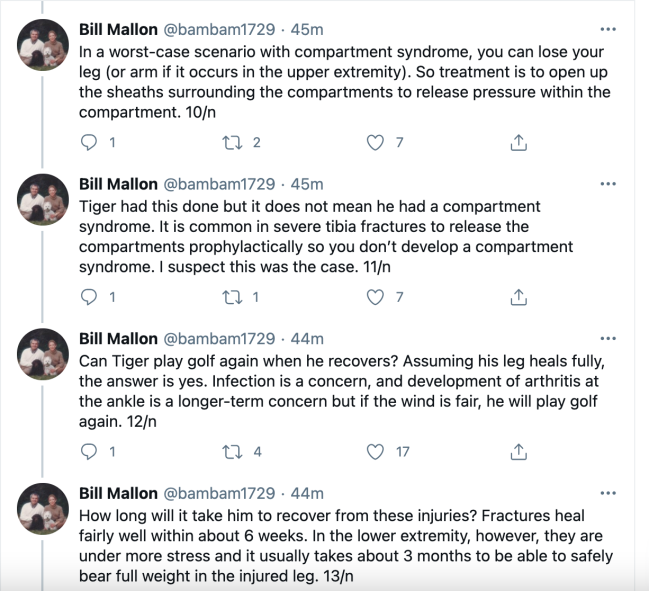 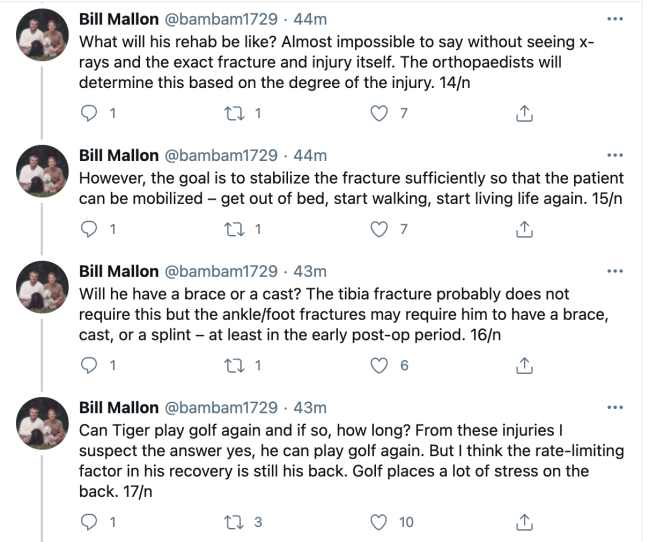 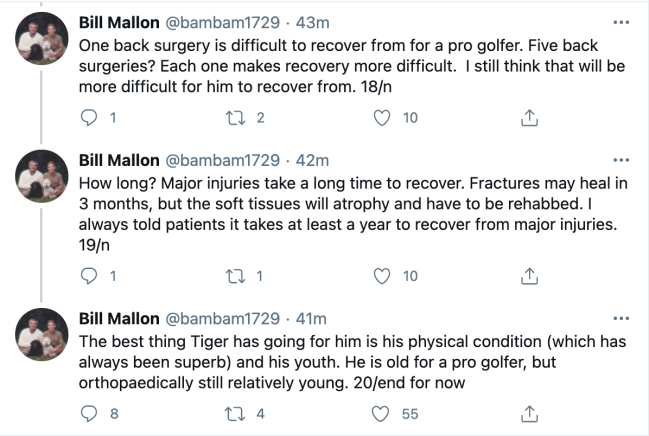 During a 3:00 PM PST press conference on Tuesday, the LA Sheriff Department stated that there was “no evidence of impairment” when they arrived on the scene of the crash. The Sheriff Department also explained that Woods wasn’t able to stand under his own power and was assisted on a backboard.