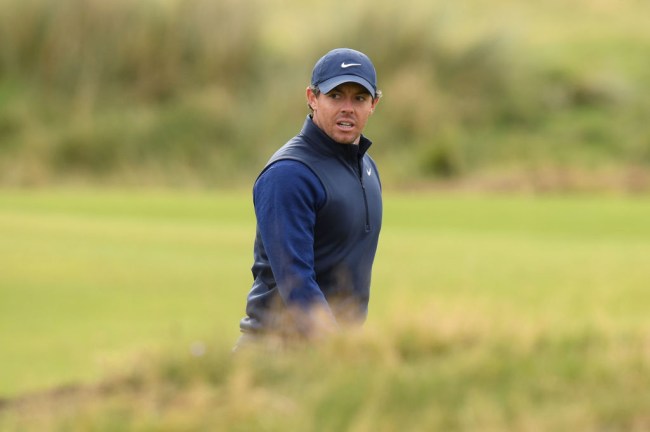 Prior to last week’s CJ Cup at Nine Bridges, Brooks Koepka was asked about Rory McIlroy and if there was any sort of real rivalry between the two. Instead of just saying no or avoiding the question, Koepka was refreshingly honest as he always is saying that he’s the No. 1 player in the world and that McIlroy hasn’t won a major since he has been on the PGA Tour.

The brutally honest comments certainly caught the attention of the golfing world, but at the end of the day he didn’t say anything wrong and McIlroy agrees with the comments as well.

McIlroy was asked about Koepka’s remarks during The Challenge: Japan Skins and was smooth with his response.

“What Brooks said wasn’t wrong. He’s been the best player in the world the last couple of years, four majors.”

“I don’t think he had to remind me that I hadn’t won one in a while,” he added with a smile. “But I love Brooks, he’s a great guy and obviously super competitive like we all are. I guess I can see where he’s coming from; we’re out here, we can’t control anyone else, we just have to play our own golf. And look, I said a couple things after the Tour Championship that I approached that final round like a rivalry because he got one over on me in Memphis and I sorta wanted to get him back.”

Anyone and everyone that follows golf had to see these sort of comments coming from McIlroy. He wasn’t going to come out and complain about the comments or call them disrespectful like Golf Channel’s Brandel Chamblee did because again, at the end of the day, Koepka wasn’t wrong.

McIlroy prides himself with great, thought out answers with the media just like Koepka does and it’s clear McIlroy respected the way he went about the question.

McIlroy is set to tee it up at this week’s Zozo Championship in Tokyo and will no doubt be asked about the situation a few more times, but I wouldn’t expect anything new to come about the ‘rivalry’ situation despite the fact the two are each other’s biggest rival and threat when the two are at the top of their games.