Rory McIlroy Is On Board For An October Masters Like The Rest Of Us: ‘I Think It Would Be Pretty Cool, It Would Be A Very Different Look’ 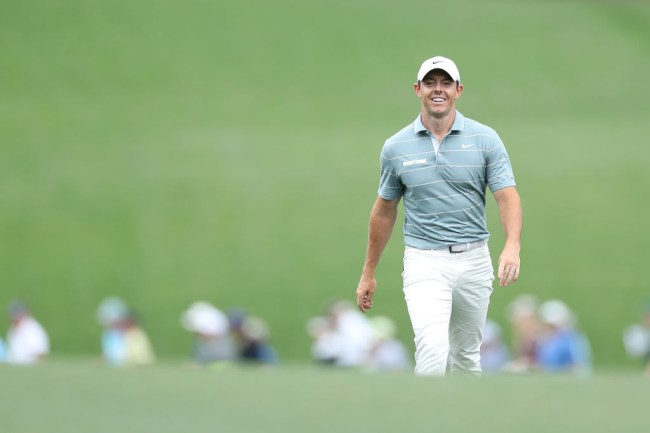 Ever since the Masters was officially postponed on March 13 without any sort of proposed reschedule date, the rumors have been running rampant that the year’s first major could be played in October.

Since the initial postponement announcement, Augusta National has also closed the course to its members which has only added fuel to the fire. The club traditionally closes during the summer months after the tournament each year so picking a week in October to have the event does make sense.

Rory McIlroy sounds like he’s totally on board with the idea, too. The world’s No. 1 player spoke with Brad Faxon on PGA Tour Radio and said that he thought a Masters in the fall would be pretty cool.

“It gives us some room for maneuvering, depending on what happens over the next few weeks,” McIlroy said according to Golf Channel. “A Masters in the fall, October time, I think it would be pretty cool. It would be a very different look than what you usually see at Augusta. I think it’s definitely a possibility if they want to get the 2020 Masters in, I think that could definitely be a possibility. I’m sure they can make it happen if they want it to happen.”

McIlroy is exactly right, it would certainly be a completely different looking Masters. Maybe we see a more brown Augusta National depending on the weather and decisions on overseeding with rye, who knows? We wouldn’t see blooming azaleas, instead, we’d be looking at fall foliage, which if you ask me sounds awesome.

As for actual October dates, it’s completely speculative at this point, but many hotels in Augusta have started to spike their prices and randomly cancel pre-existing reservations during the weeks of October 4-12 and 12-19.