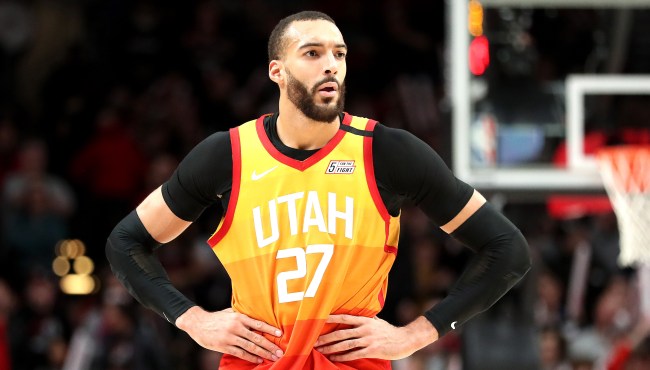 Poor Rudy Gobert. Bro just keeps stacking up losses. Ever since he fondled a bunch of microphones at the beginning of the current pandemic then tested positive for the very virus he was mocking people being afraid of acquiring, Gobert has had difficulty winning the fans back.

Even his $500,000 donation that went towards out of work arena employees and coronavirus relief in Utah, Oklahoma City and France didn’t sway many people into cutting him a little slack.

So one would think that the 27-year-old Gobert, being in his current self-created situation, would now be ultra careful with what he does and says. One would be incorrect.

Over the weekend, the Utah Jazz center re-posted a message published on social media by Serena Williams.

Nothing wrong with that, of course. If it were actually the Serena Williams he thought he was re-posting, i.e. the tennis star, and not some random white woman with the same name who wrote a message which isn’t exactly in line with what many other NBA players believe.

“Couldn’t have said it better myself!” Gobert wrote along with some hand clapping emojis, tagging the tennis legend.

When Gobert finally figured out that the middle-aged white woman whose message he re-posted wasn’t the 23-time Grand Slam singles champion he deleted the tweet.

However, the internet, as we all very well know, doesn’t forget.

Rudy when he realizes: pic.twitter.com/FR0RpW8dLa