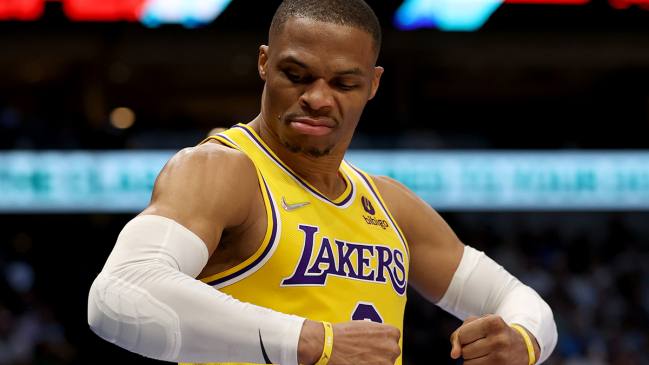 There are a number of words you could use to describe Russell Westbrook’s play with the Lakers last season depending on how polite you’re trying to be; “underwhelming” is probably one of the more generous labels you could opt for, although I feel like most people would argue “atrocious” or “abysmal” are more appropriate.

It didn’t take long for fans to pull out the “Westbrick” insults after the guard made his debut in purple and gold, and he caught plenty of heat for some questionable decisions he made during his first few months in Los Angeles. However, things took a turn for the worst after the All-Star Game, which ushered in a month-long span where he posted a single-digit shooting percentage from beyond the arc.

Westbrook also made the incredibly ill-advised decision to repeatedly feed the trolls who clearly got into his head, which ushered in a fairly messy offseason where his agent put him on blast after publically severing ties with the star who picked up a $47 million player option to remain with a Lakers team that reportedly spent the summer unsuccessfully shopping him around to other franchises.

It appears there’s still a chance Westbrook be rocking a different uniform when the regular season kicks off, and while only time will tell how he’ll ultimately fare this year, it does appear he’s made a major adjustment in the hopes of shedding the “Westbrick” label.

On Thursday, skills coach Chris Brickley posted a video of Westbrook showcasing an updated shooting form he’s apparently adopted ahead of the upcoming season in a clip where he hit 15 of the 17 jumpers he attempted from three-point range.

Westbrook obviously had the luxury of not having a defender in his face during the drill. However, at first glance, it seems like he’s benefited from the decision to adopt a decidedly more fluid technique with a quicker (and lower) release than the shot that led to a number of embarrassing attempts last season.

At this point, it’s not like things could get much worse, but I guess we’ll just have to wait and see.