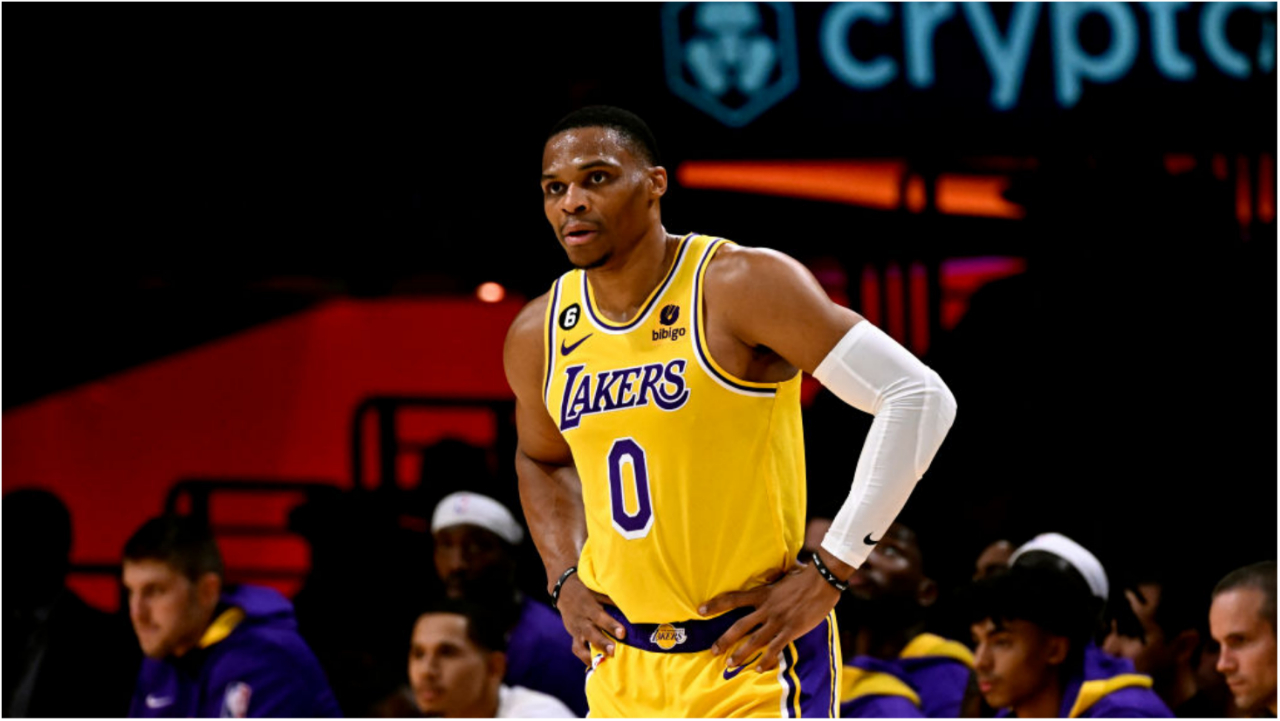 It’s only game 2 of the NBA season, and Russell Westbrook is already beefing with Lakers fans.

On Thursday night, Westbrook struggled to score on offense when he3 went 0-11 from the field and was only able to pick up two points.

Westbrook made a bit of history during the game with his terrible shooting.

Westbrook is the first player in NBA history to shoot 0-for-11 or worse in two games, more than a decade apart. https://t.co/6RIEgbku38

During the game, Lakers fans could be heard trolling Westbrook all night long.

Russell Westbrook just took a 3-point shot from the corner and a LARGE amount of Lakers fans yelled 'Nooo!'

One Lakers fan took his trolling too far and apparently yelled, “You f’in suck at Westbrook.

The Lakers guard, who is known to confront disrespectful fans, turned around and yelled back at the fan while being held back by security.

A fan apparently yelled, “You f*cking suck!” to Russell Westbrook as he was heading to the locker room.

Westbrook heard him and and said something like “say that to my face.”

The fan then came down and said it to his face. 😮

NBA fans feel terrible for Westbrook considering how he’s being treated by his own fans.

I know he played very bad but nobody deserves this kind of constant harassment. NBA players are human too. https://t.co/f4lepuQy52

I'm sad for Westbrook 🥺 Westbrook great player. To be effective need ball to his hands & surrounded 3 or 4 shooters. The only problem of Westbrook he is not FIT to AD,LBJ & lakers 💜🙏💛 Trade him ASAP because his not deserved to yelled like that 🥺 https://t.co/UZCH7QPfiM