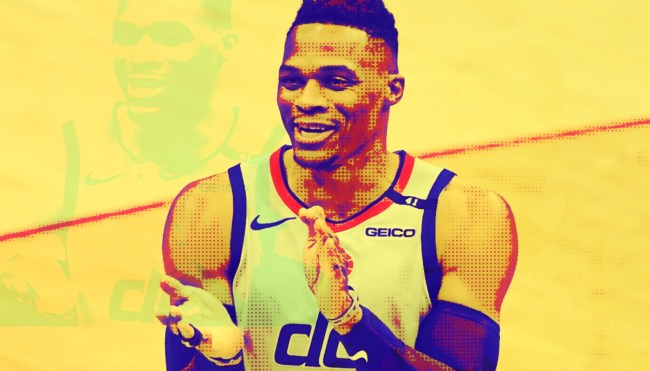 It’s pretty easy to get desensitized to the sheer amount of talent possessed by some of the biggest names in the NBA, as watching some of the most gifted athletes on the planet make their insane feats look absolutely effortless can make it just as hard to appreciate the objective absurdity of some of their achievements.

I can’t think of many people who highlight this phenomenon quite like Russell Westbrook. The point guard is easily the most prestigious alumni of the 2008 NBA Draft class and has earned that honor by establishing himself as one of the best all-around players in the league; we’re talking about a guy who isn’t just one of the two players in history who’ve averaged a triple-double over the course of a season but someone who’s done it four damn times in the past five years.

Westbrook has also made a name for himself off of the court, as he’s earned a reputation as one of the most fashionable players in a league filled to the brim with sartorial enthusiasts. In 2017, he paid tribute to his native Los Angeles by launching Honor the Gift, a clothing brand inspired by (and produced in) the inner city where he was raised. He’s also made some amazing efforts to inspire kids grappling with the hardships he faced growing up there with his awesome Why Not? Foundation.

The current member of the Washington Wizards recently took his philanthropic efforts to the next level when he teamed up with Hennessey for its “Unfinished Business” initiative, which has doled out some much-needed funds to over 1,600 minority-owned small businesses that were impacted by the pandemic.

I recently got the chance to chat with Westbrook over email, where he elaborated on the work he’s done with Hennessey in addition to dropping some fashion knowledge, sharing his thoughts on the reactions to the social justice initiatives he’s been an incredibly vocal proponent of, and giving us his recipe for the perfect PB&J.

Westbrook noted the partnership with Hennessey was a pretty natural pairing, saying:

“I’m a big Hennessy fan. Their ‘Never stop. Never settle’ ethos really resonates with me on a personal level. It reflects my mindset and how I continue to push myself, my game, and everything I am involved in to be better.

When Hennessy saw the work that I’ve been doing in my community over the years, they came to me so we could work together to empower and champion others who are making moves to push culture forward. That’s what Make Moves That Start Movements is all about, inspiring people to make a positive impact in their community. I’m all for it.”

He also expounded on the importance of the “Unfinished Business” campaign and its impact on communities like the one where he was raised:

“Unfinished Business aims to help Black, Asian, and Latinx-owned small business owners thrive, and rebuilding these businesses is essential to equitable recovery and a more just economic and social future for communities of color.

These businesses are vital to the culture of their communities, and I’m constantly looking at ways to help impact the community in any way I can, which is why, after such a challenging year, I’m kicking off the campaign with an assist of my own to help these small businesses.” 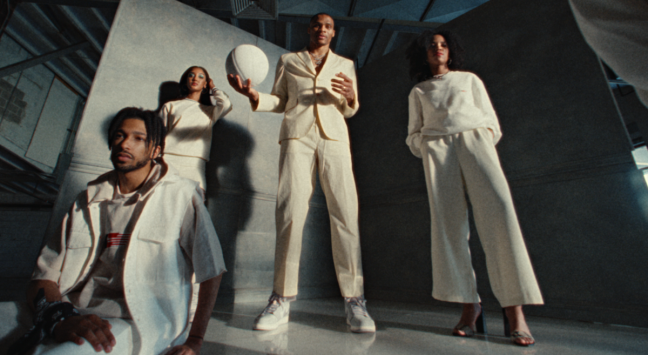 Westbrook was sidelined with an injury when the Bucks refused to take the court in the bubble in the wake of the shooting of Jacob Blake. However, he said he likely would’ve refused to play if the NBA hadn’t used its platform to address the social justice issues it took steps to call attention to.

While the NBA fans who make up the “Shut Up and Dribble Crowd” were less than thrilled with that development, Westbrook said that’s not going to stop him from using his own platform to continue to push for the causes he believes in:

“That’s on the fans that choose to do that. I’m always going to stand up for and be vocal about issues I’m passionate about.”

Of course, I couldn’t talk to the man who once rolled into a game wearing a suit featuring a matching pair of oven mitts without asking about his approach to fashion, and Westbrook was kind enough to shed some light on his overall philosophy:

“I don’t really pay attention to what anyone else is doing. I like to take risks with my looks. Mix and match colors, patterns, textures: anything that makes me feel good. Fashion is all about confidence, so I just do my own thing and have fun with it.

I like watches and am always looking to add to my collection. I like to look for ones that aren’t like any of the others I have so I can keep mixing them up depending on my outfit and how I’m feeling that day.”

He also noted the clothing brand he oversees as the creative director at Honor the Gift helps him combine some of his passions, saying:

“My inspiration behind Honor the Gift stems from my own upbringing in the inner city of LA, my community, and my culture. It’s important to me to support and uplift my community and people of color in any way that I can, and this line is an extension of that.”

Earlier this year, former Panther tight end Greg Wilson said he’d only need a year to turn Westbrook into an NFL-caliber safety. While it’s unlikely he’ll be pivoting to another sport at any point, he doesn’t seem to think that claim is absurd as some people may think:

“I’m a competitor, and I know if I put my mind to it, I can do anything…why not?”

I also asked about his eating habits, and while he didn’t dive into his diet, he did share his go-to recipe for the peanut butter and jelly sandwiches he’s relied on to stay fueled since his formative years:

“PB&J has been my go-to since high school. Skippy peanut butter and strawberry jelly on toasted wheat bread. It never changes.”

Toasted bread is how you know he’s a true PB&J connoisseur.