‘Clock Was Ticking’ On The Russell Westbrook Era In OKC Even Before Paul George Requested Trade, Per Report 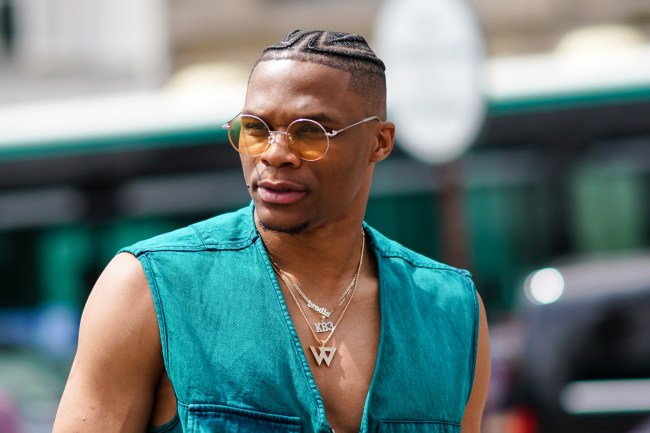 Russell Westbrook’s tenure with the Oklahoma City Thunder came to a pretty shocking end last week, when the only franchise he ever knew traded him to the Houston Rockets in a blockbuster trade for fellow All-Star Chris Paul. While Westbrook became the latest superstar to be on the move in this crazy NBA offseason, the team had to move the former league MVP after his co-star, Paul George, was shipped off a few weeks ago to the Los Angeles Clippers to team up with Kawhi Leonard. Hell, Westbrook even reportedly approached management about possibly being shipped off following the team’s playoff loss last season.

With the Thunder planning to go into full rebuilding mode, keeping Russell Westbrook made no sense, hence, why they did the right thing by trading him now, getting some assets and putting him in position to try and win a title. See, break-ups don’t have to be so messy all the time.

While the entire process seemed to go smoothly and everyone’s saying the right things following the trade, a new report from Howard Beck of Bleacher Report paints an interesting subplot. That’s because, in his piece, Beck claims that the Thunder were actually already toying with the idea of shipping Westbrook off sometime within the next year, reporting that the “clock was ticking.”

The clock was already ticking loudly on the Westbrook era, with team officials quietly preparing to hit the reset button next summer, per sources, after one more run. George’s surprise trade request simply accelerated the process—and freed the Thunder to make the moves they knew were overdue for a team that couldn’t win a playoff series.

As a business, the Thunder had to at least contemplate trading Russell Westbrook at some point. Not only does he have a massive contract — with an enormous extension he signed in 2017 that totaled $205 million over five years — but at 30 years old, he’s not getting any younger. Plus, in a small market like OKC, it’s hard to attract fellow superstars to join the Thunder. So, unless the team was annually reaching the NBA Finals and had a legit chance at winning a title, trading Westbrook always had to be considered.

The Thunder did a great job offloading both Russ and Paul George for tons of future assets, which should help them in the rebuilding process. And, as difficult as it is to see two MVP candidates be traded within a week of one another for Thunder fans, it was the necessary thing to do to avoid staying in a gray area.