Russell Westbrook Reportedly Gave OKC Thunder List Of Teams He Wants To Be Traded To, So Here’s What We Know So Far 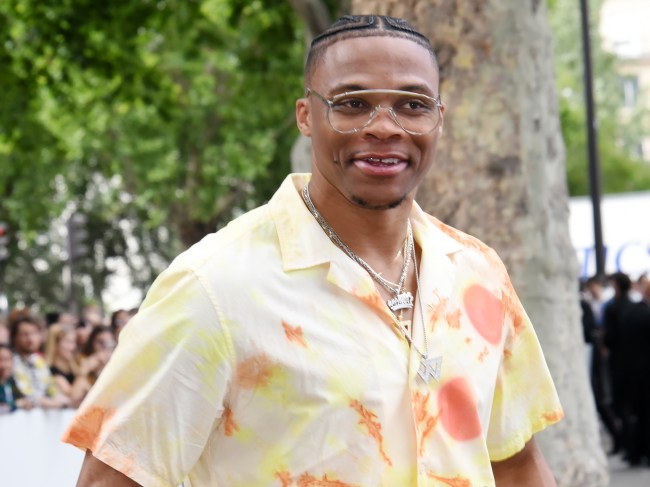 Russell Westbrook could be the next NBA superstar to be changing zip codes this offseason. After the league saw big names like Kevin Durant, Kawhi Leonard, Kyrie Irving and Paul George, among others, either move in free agency or through trades, the one-time league MVP is believed to be getting shipped somewhere else by the Oklahoma City Thunder — so it’s more of a matter of when instead of if.

While there have been numerous rumors floating around about where Russell Westbrook will end up, with the Miami Heat being most-linked to him, there are some complications that are holding things up — like the financials of the Thunder and Heat with the players involved. That’s according to ESPN’s Brian Windhorst, who explained what could end up killing a deal between the two teams.

This all comes on the heels of Windhorst reporting that Westbrook formally gave a short list of teams he’d want to be traded to to his current franchise. While he doesn’t have a full-fledged “no-trade clause,” the Thunder are presumed to be working with him to trade him to a destination he prefers, considering he’s played his entire career with the organization. At the top of Russell Westbrook’s list? The Heat.

The Houston Rockets are trying to land Russell Westbrook in a possible 3 team deal, per @WindhorstESPN

Russell Westbrook supplied a ‘short list’ to OKC of teams he wishes to play for and Miami is at the top of the list. pic.twitter.com/DfEOIg0IUD

But the Heat aren’t the only team hoping to add the All-Star point guard, because, per Windhorst, the Houston Rockets are also trying to figure out a way to maneuver a three-team trade to add Russell Westbrook to pair alongside his former Thunder teammate, James Harden. Of course, that would require convincing another team to take on current Rockets point guard Chris Paul’s insane salary, so it won’t be an easy task.

With Russell Westbrook on the hook for $171 million over the next four years, matching salaries with any team will be difficult. But with the Thunder in full rebuild mode after trading Paul to the Los Angeles Clippers to team up with Leonard, the soon-to-be 31-year-old Westbrook appears to be on his way out sooner rather than later — it’s just a matter of if his top choice, the Heat, are the ones lucky enough to snag him.