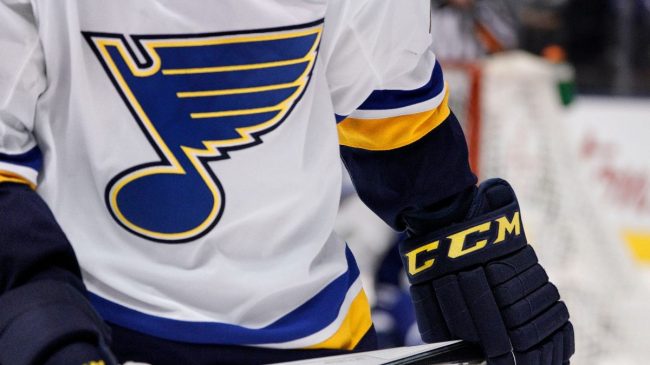 The Denver Broncos are still figuring it out, but with Russell Wilson under center, they should be able to get back on the horse (see what I did there?). Regardless, many have trolled the star quarterback for his super corny “Broncos Country. Let’s Ride” mantra. Now, it appears the St. Louis Blues are having their fun ahead of the NHL season.

Remember the 100+ clips of athletes at every level mimicking Russel Wilson? Well, the nightmare is continuing as the Blues do the exact same thing. Of course, they switch it up and say “Blues Country.” Even so, it feels like “Let’s Ride” is never going to die.

St. Loius should be one of the better teams this year in the NHL season. Unfortunately, the fanbase is going to have to hear the Russell Wilson troll every home game. It could be a case of bad luck though, as Wilson and the Broncos have looked mediocre to start the NFL season.

It’s gotten to the point where it doesn’t even make sense anymore. At least Russell Wilson makes sense when he says. Because, you know, you can ride broncos. How does one ride the color blue (I know, St. Louis’ name is more relevant for the musical genre but you get my point)

Perhaps more NHL teams will follow suit. That would actually make it more hilarious. Just every single player in the league trolling Russell Wilson for no good reason. On second thought, sign me up for that.