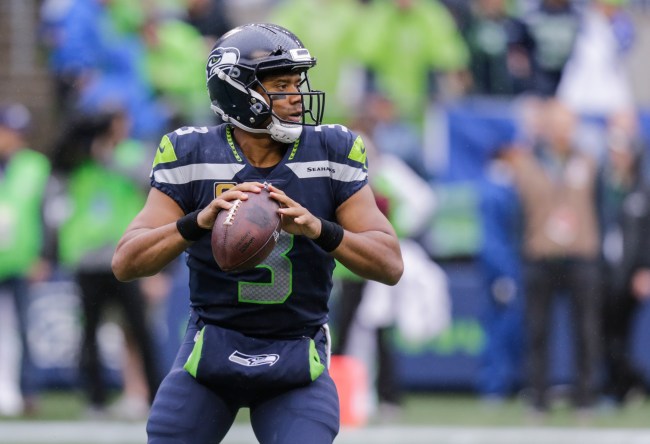 For your every day average joe, breakfast depends on what you did the night before. If you didn’t get blind drink, you’d likely gobble up a bowl of cereal and maybe a tangerine. For the other six days of the week, you probably take down a bacon, egg, and cheese with a side of hash browns. But, if you’re a professional football player with access to the top nutritionists in the world, you have to exercise some discipline.

My fitness motivation! Chris Pratt lost 60 pounds in 6 months for the guardians of the galaxy role #Motivation pic.twitter.com/7Pb2COachh

Wilson’s current meal plan requires him to eat NINE times a day while cutting out all dairy, gluten, and other inflammatory foods. Philip Goglia warns about the dangers of dairy and breads:

“Dairy’s like eating moderately hard phlegm. It adversely affects oxygen. No dairy, no breads — muffins, bagels — nothing that is yeast, mold and gluten-bound. So starches are always one-ingredient guys like potatoes or rice or yams or oatmeal. If it’s got more than one ingredient in it, he couldn’t eat it.”

Here is Wilson’s typical day in food, according to NFL.com:

»  Lunch: Eight ounces of protein with a yam or a cup of rice or a potato and a vegetable

»  Second lunch: Eight ounces of protein with a yam or a cup of rice or a potato and a vegetable

»  Dinner: Fish or steak and vegetables or salad

»  Snack: Fruit and a tablespoon of molasses or shredded wheat, applesauce, almond butter and jam

As you may imagine, the temptations can be demoralizing:

Through two games this season, the Seahawks are 1-1 with Wilson throwing for 356 yards and one touchdown. Is the diet working? Inconclusive at this point.