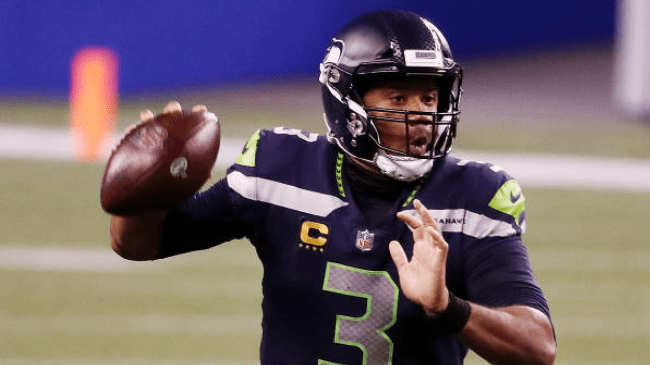 It seems there was some tension in the Seattle Seahawks locker room between Russell Wilson and the “Legion of Boom”.

While it seemed at the time like everything was great early on in Russell’s time with the Seattle Seahawks, winning a Super Bowl and appearing in another, it seems Wilson was getting some favorable treatment that the defense wasn’t too happy about.

He was not held to the same accountability as the rest of us. You’re bashing the defense. I need you to at least mention his name in the team meeting room.

Richard Sherman added that the situation caused some friction for the Seahawks.

There wasn’t enough years difference for the accountability to be like that. ‘Well, he was young.’ He was a year younger than us. You ain’t that young. When you got 52 guys being held to a certain standard and you got one guy not being held to that standard, it’s going to cause some friction.

According to Sherman, the situation eventually forced Pete Carroll to pick between Russ and the “Legion of Boom”.

After a while, it had to get to the point where he [Carroll] had to chose Russ or the defense. After the Super Bowl loss, he made it pretty clear who he was choosing.

We’ve learned a lot about Wilson’s time with the Seahawks recently and it seems his former teammates are ready to talk about his time with the team now that he has joined the Denver Broncos.