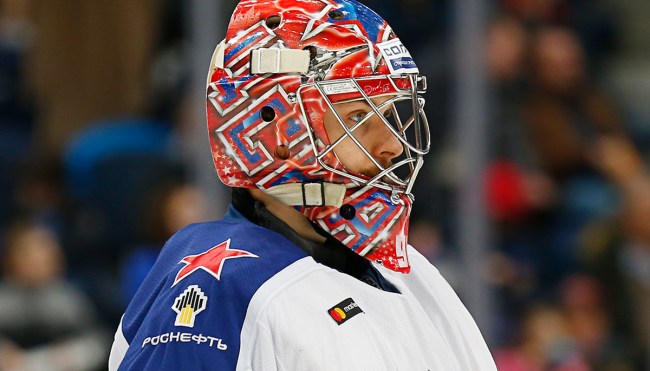 It’s been over 40 years since a ragtag group of American hockey players shocked the Soviet Union and the rest of the world with the “Miracle on Ice” that occurred at the 1980 Winter Olympics in Lake Placid, which remains one of the more stunning upsets in sports history.

The global landscape has obviously changed just a tad since Team USA walked away with that monumental victory, as the collection of communist states that answered to Moscow at the time ceased to exist a little over a decade later.

Russia may no longer be the hockey juggernaut it once was, but it still manages to produce a fair amount of talent. However, it’s become virtually impossible for players hailing from the country to avoid being caught up in the geopolitical nightmare stemming from Vladimir Putin’s thirst for power.

Those tensions resulted in Artemi Panarin dealing with a nightmare of his own last year and led to Alexander Ovechkin becoming villainized by many hockey fans after declining to publically distance himself from the autocratic president who’s still featured in his profile picture on Instagram following Russia’s invasion of Ukraine.

Now, more NHL players have found themselves in a somewhat perilous position as that conflict continues to rage.

According to The Insider, Philadelphia Flyers prospect Ivan Fedotov was detained in St. Petersburg last month, and it appears he will be unable to play next season after being forced to join the army for the year of service that all men between the age of 18 and 27 are required to undertake at some point due to the county’s “universal military obligation.”

The outlet notes a source has suggested some other fairly high-profile Russian players have also been targeted for mandatory conscription, saying:

The Army owns the rights to many young players who are now playing abroad.

If they don’t officially resolve the issue with the military enlistment office, then such players as Egor Afanasyev, Artem Grushnikov, Ilya Sorokin, Denis Guryanov and Dmitry Samorukov could face the same problems that Ivan Fedotov did.

It’s worth noting conscripted citizens are traditionally not deployed to other countries. However, you have to imagine Sorokin and Guraynov would prefer to continue to defer their service, as the former was the primary starting goaltender for the Islanders last season and the latter played 73 games for the Stars.