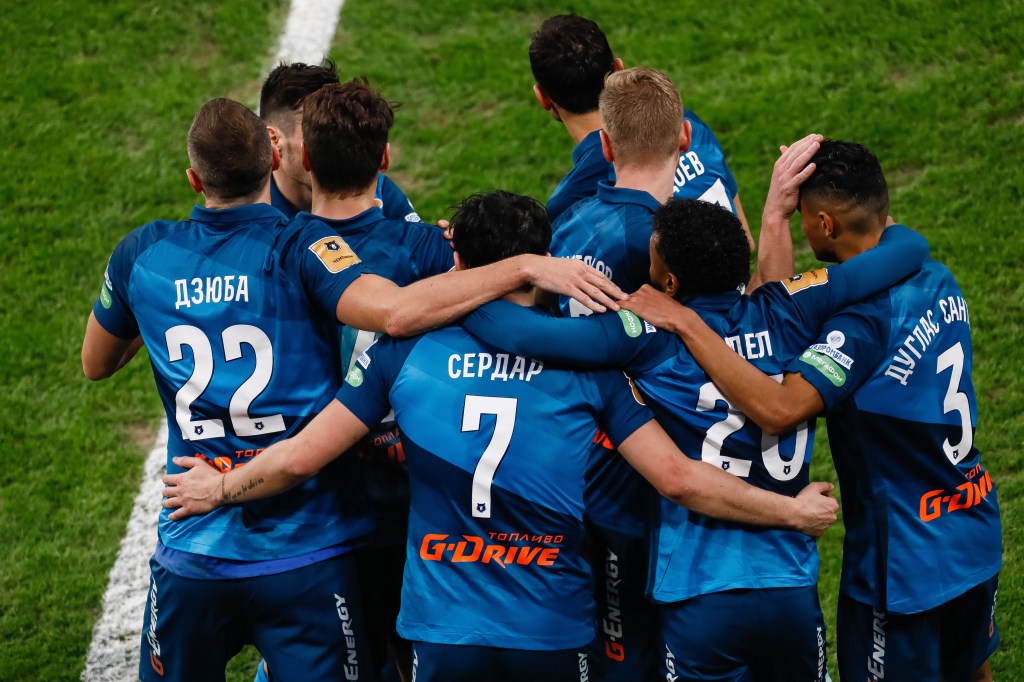 It felt like we really turned the page on a new chapter last week with the covid vaccine. This is entirely anecdotal, but I was at the right place at the right time on Thursday and the pharmacy had an extra so I got my first shot. Then by Sunday, it felt like half the people on my various group texts had a similar experience.

Before I got lucky and got my first shot I had no concept of when I’d be able to get it or which shot I’d be getting, but that’s not the case for soccer fans in St Petersburg, Russia. Any fans 18+ can receive the Sputnik V vaccine before a Zenit St. Petersburg game this season which means we now live in an era where sports teams are vaccinating fans.

I’m not at all surprised that this is happening in Russia of all places but I won’t at all be shocked to see this happen here in the United States. As supplies increase week over week, we’ll soon reach a point where supply has surpassed demand and in that instance, why not look to NFL games where someone who purchased a ticket (basically an appointment) can get it on the way in? Or NHL/NBA/MLB teams can give season ticket holders some sort of concessions or parking vouchers for getting their jab before games.

Here’s how it’s working in Russia, according to this report in Sky Sports:

Zenit’s vaccine programme began ahead of their Russian Premier League game versus Akhmat Grozny; the club’s average attendance this season has surpassed 17,000 with more fans allowed into stadiums in Russia than in most other European nations
The reigning Russian Premier League champions have offered to inoculate all visitors to the Gazprom Arena who are over the age of 18 with the Sputnik V vaccine.
The mobile vaccination centre at the club was in operation two hours prior to kick-off ahead of Zenit’s match against Akhmat Grozny on Saturday.
The programme is set to remain in place until their final top-flight home game of the season against Lokomotiv Moscow on May 2.

We'll be offering free vaccinations to supporters at everyone of our home games for the rest of this season! pic.twitter.com/AApj784mCN

Fans just need to bring their passports and ‘national health cards’ for approval and boom, good to go. The Sputnik V vaccine is a 2-dose treatment. I have no idea how the second shot would work but I’m sure they’ve got that figured out.

I really do think this could be a popular program worldwide, for sports all across the planet, as long as it remains voluntary and never turns to mandatory. As soon as leagues or teams try and mandate that all fans must show proof of vaccination then all hell is going to break loose but I honestly cannot ever imagine a scenario where that happens here in the United States.

The added benefit of getting your covid jab before a big game in Europe is then you’re likely able to travel around Europe in the near future. The Euro 2020 competition was rescheduled for this Summer along with the Summer Olympics.

The latest polls (six days ago) show that 1-in-4 Americans will refuse the covid-19 vaccine. That University of Minnesota poll also states that experts believe we need AT LEAST 70-80% of Americans to get it to achieve herd immunity. The Tampa Bay Rays never sell out games. They might as well start offering everyone in Florida free ticket vouchers if they get the shot, right? Then make $$$$ at the concessions with extra fans in the stands.