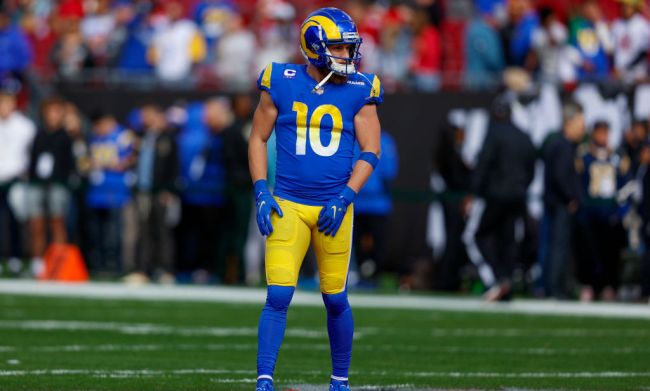 Los Angeles Rams wide receiver put together one of the best offensive in seasons in NFL history this season, posting career highs and league highs in catches, yards, and touchdowns.

Despite this, ESPN analyst Ryan Clark doesn’t believe that Kupp gets the props he deserves, as he recently told Dan Patrick that he thinks if “Cooper Kupp were black”, he’d be talked about in a “different way.”

“If Cooper Kupp were black, we’d all talk about him in a different way,” ESPN’s Ryan Clark said during an interview on The Dan Patrick Show. “A lot of times we look at the (skin) color of a wide receiver and we want to compare them to people who they look like, more so than people who they play like.”

The Eastern Washington University alum completed the triple crown of receiving this year as he led the National Football league in catches (145), yards (1947), and touchdowns (16). He also leads the league in target with 191.

Kupp will hope to keep his incredible season alive on Sunday when his Los Angeles Rams host their NFC West divisional rival San Francisco 49ers in the NFC Championship game at SoFi Stadium.

RELATED: Bucs Players And Coaches Call Out Defenders For Not Knowing The Play Call On Cooper Kupp’s Game-Clinching Catch