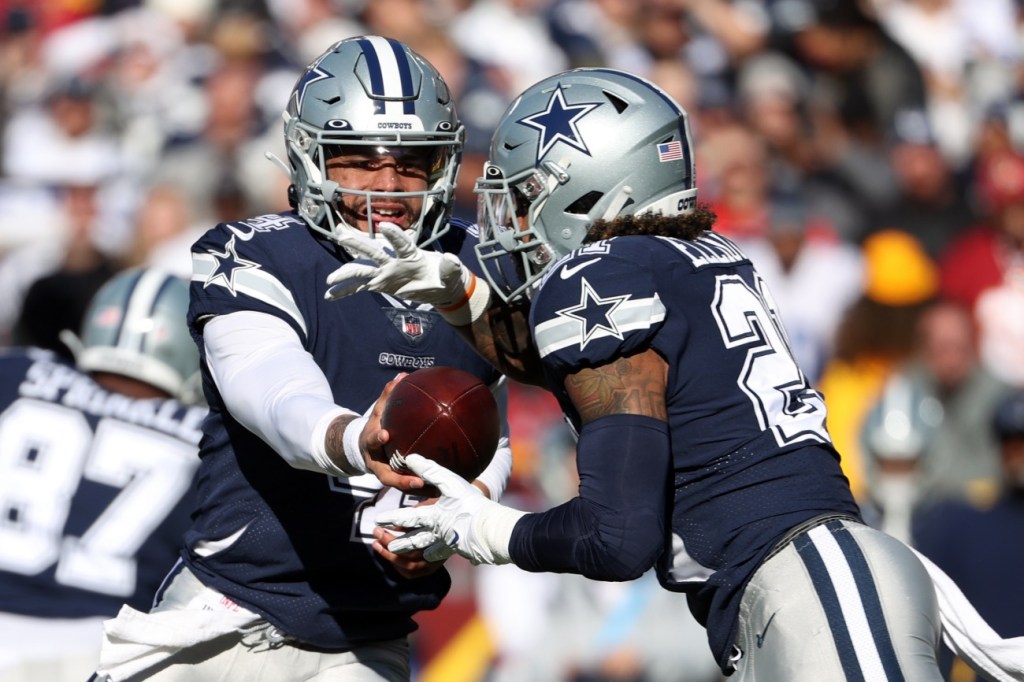 The Dallas Cowboys jumped out to a 24-0 lead at halftime against the Washington Football Team on Sunday before giving up 20 points to the WTF and winning a 27-20 game that was a lot closer than it should’ve been.

Dallas now has a commanding 3-game lead over Washington and Philadelphia in the NFC East and they’re currently the 4th seed in the NFC with the playoffs looking like a certainty at this point. But there are questions being asked about Dem Boyz and how deep they can go.

Dak Prescott looked out of sorts on Sunday. He threw for 211 yards, 1 TD, and 2 interceptions. That’s not exactly a performance that instills ‘Super Bowl’ levels of confidence in a team that is seeking their first championship since 1995.

On Monday’s Get Up, ESPN’s Ryan Clark gave an impassioned breakdown about why the Dallas Cowboys are not Super Bowl contenders right now and it starts and ends with Dak Prescott.

.@Realrclark25 says Dak Prescott is holding the Cowboys back from being Super Bowl contenders.

"This Dak Prescott, the guy playing football now, CANNOT win a championship! They cannot be a Super Bowl team with No. 4 playing at the level he's playing at." pic.twitter.com/CKUNVEPMOf

His argument is pretty simple and the vast majority of Cowboys fans would agree with Clark. The Cowboys came into this season expecting an explosive audience and now the offense is riding the coattails of the defense.

This year’s Dallas Cowboys squad is loaded with talent and this will be the case next year as well. They’ve grappled with injuries. Zeke looks like he’s missing a step at times. But Dak Prescott will need to elevate his game if the Cowboys plan on making a deep run in the playoffs this season.

Their situation is similar to how the chiefs were in their streak. Defense carrying an underachieving offense. 5 games doesn’t define dak. He will get back on track before playoffs. And come playoffs wins are all that matters

Facts. They way Dak is playing now will be lucky to win a playoff game

Dak definitely has to get himself together!!! He is getting in his own head, I am not suring what he sees on the field, but he playing bad football right now, he holding the ball too ling, scared to run, over throwing and under throwing, Dak has to get better quick

Dak Prescott was averaging over 300 yards/game for the Dallas Cowboys before suffering his week 6 calf injury. Since then, he’s averaging 261 yards/game and his TDs/game have dropped from 2.7 to 1.3 while his INTs/game has gone up to 1 per game. The fan reactions to Ryan Clark’s comments are pretty evenly split between ‘you guys hate the Cowboys, this is trash’ and ‘Dak’s off, he needs to get it together and he will.’

As a Buccaneers fan, the Dallas Cowboys scare me as much as any team in the NFC once they get healthy. But the Bucs at full health will still be the clear NFC favorites. In most seasons, I tend to think the Cowboys are vastly overrated but this season they look as legit as any contender when they’re healthy.

At the end of the day, the Cowboys are 9-4. Their remaining games are against NFC East division rivals and the Arizona Cardinals on January 2nd which should be a VERY revealing game ahead of the playoffs. Unless Arizona is resting its starters by then.