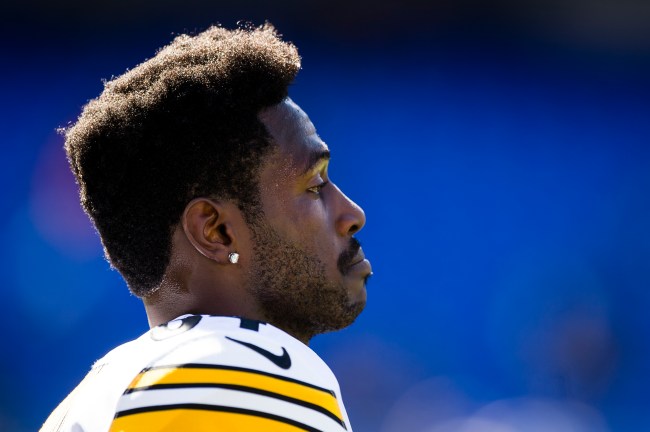 The Pittsburgh Steelers are 3-1 and atop the AFC North, most recently dominating their in-division rival Ravens, 26-9. Things should be just peachy not the Steeler sideline, but the Gatorade bucket may have something to say about that. In the midst of an inconsolable temper tantrum, Antonio Brown chucked the bucket after Ben Roethlisberger neglected to throw him the ball when he was wide open down the field. The tantrum drew so much press, Big Ben expressed his dismay with his star wideout’s selfishness.

And he wasn’t the only one. Ryan Clark, who played with Brown for four of his eight seasons in Pittsburgh, berated Brown for the insincere manner in which he presents himself to the media. Clark told ESPN Radio:

“Antonio has done an extremely good job of tricking people,” Clark said on ESPN Radio. “He’s done a very good spin job of having us think, or making people think who don’t know him, that it’s all about the Pittsburgh Steelers, [Brown is] just a hard worker who’s here to win football games. No, Antonio Brown loves Antonio Brown. If you listen to people talk about him. If you listen to the media, a lot of time the fans, they have an adoration for him that is not necessarily a depiction of who he is. He’s like most receivers. He’s selfish.”

The former safety’s beef with Brown goes back years, as they once had to be separated from each other during a practice and after Clark’s retirement, Brown took exception to out his former teammates for using marijuana to recover from injuries.

And when people on Twitter came to Brown’s defense on Twitter following Clark’s most recent comments, he stood by his words.

So a player throws a tantrum! Makes a scene!! Says "NoRegrets"! But my analysis is a problem!? Y'all so dang simple!!

Me waiting for Antonio Brown’s rebuttal.