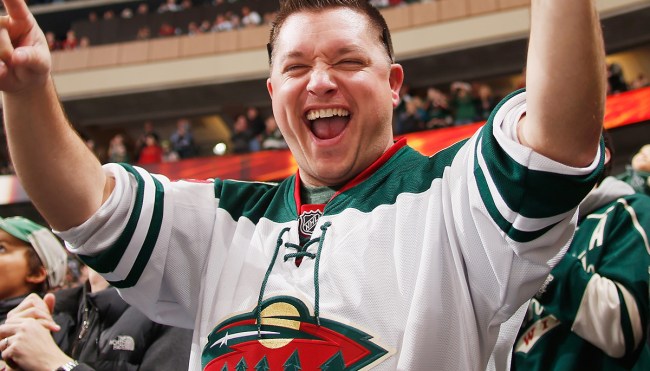 You don’t have to look too hard to find evidence that the internet can be a terrible place filled with terrible people who take pleasure in doing terrible things, but it can also serve as an incredibly powerful tool that allows people around the world to rally around an equally admirable cause.

A few years ago, the loveable scoundrels that comprise Bills Mafia thanked Andy Dalton for helping the team make the playoffs for the first time in 17 years by flooding the quarterback’s charity with donations. That marked the start of an awesome trend that a number of other fanbases have drawn inspiration from—including plenty of NHL fans who recently got in on the action.

Earlier this week, Minnesota Wild winger Ryan Hartman got hit with a $4,250 fine for throwing a middle finger in the direction of Evander Kane after the notorious pest instigated a heated scrum. On Wednesday, Hartman discovered his Venmo was being flooded with donations from people who were willing to chip in to help him pay it off—including Kane’s ex-wife—and he seized on the opportunity to harness the movement for a great cause.

On Thursday, Hartman announced he’d be paying the fine out of pocket and said any money he received would be donated to Children’s Minnesota, a pediatric hospital located in the Twin Cities.

Wow….overwhelmed by the amount of donations I have received to help pay for my fine. You fans are amazing. I will be paying for it with my own money, but wanted to let everyone know that any money sent to me by 7 pm on Friday will be donated to Children’s Minnesota.

As the Kid Experts, they provide amazing services to children in Minnesota and the Midwest. Instead of sending money to me, please consider donating directly to Children’s Minnesota at https://t.co/qLRhVUyIBE https://t.co/njjTtlJNrV

On Friday morning, Hartman revealed he’d received over $20,000 with around nine hours to go before the 7 PM deadline he set, and it appears a massive check will be headed to Children’s Minnesota when everything is said and done.

You all are amazing! We just hit $20,000 with still time left… I’ll be donating an additional 4,250 myself bringing total just shy of $25,000. Let’s keep them coming for @childrensmn . Deadline is 7pm CT tonight. You can also donate directly at https://t.co/qLRhVUyIBE

Say what you will about Evander Kane, but at least he inadvertently managed to do something good for once.