Ryan Leaf Claims Getting Booed At A Mike Tyson Fight In Front Of MJ, Tiger Woods, And Dr. Dre Sparked His Pill Addiction 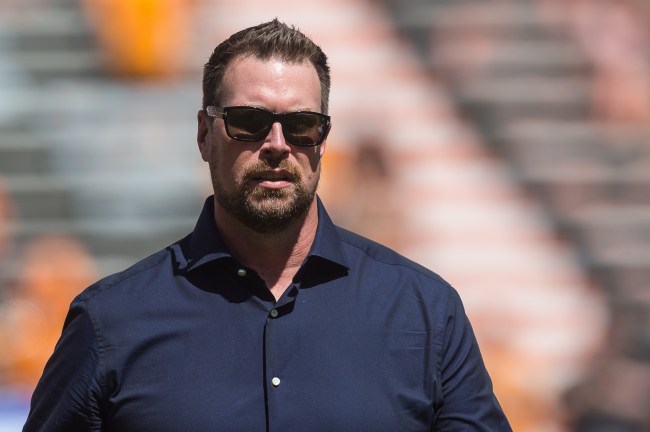 Nine years ago, former NFL quarterback Ryan Leaf woke up on the floor of a prison cell in the wake of felony burglary, theft and drug charges brought on by shame and embarrassment from his failure to meet expectations in The League.

“I can’t drink or use drugs. I’m allergic to them. I break out in handcuffs,” the 45-year-old told our Endless Hustle in December 2020.

Leaf, now sober and father to his four-year-old son McGyver, appeared on Rex Chapman’s ‘Charges with Rex Chapman‘ podcast to reveal the first time he abused painkillers in 2004 and the subsequent 8 years he spent masking his emotional pain with substances that masked the failure he convinced himself he was.

“I was at a Tyson fight and the MC were announcing celebrities in the audience. They announced Michael Jordan, Tiger Woods, Charles Barkley, Dr. Dre. The audience cheered and clapped. And then the MC there at the MGM Grand announced my name and the whole auditorium just booed and hissed.

And it’s not like that hadn’t happened before. You’re playing football and you’re on the opposing team’s field. But you’re wearing armor.

My addict brain heard, ‘Not only are you a terrible football player, but you are an awful human being.’

…And that would be the next 8 years of my life, chasing that initial high from that night of not feeling it.”

Listen to our entire interview with Ryan Leaf below.