Ryan Leaf Compares Baker Mayfield To A 1998 Version Of Himself, Which Even He Agrees Is A Huge Red Flag 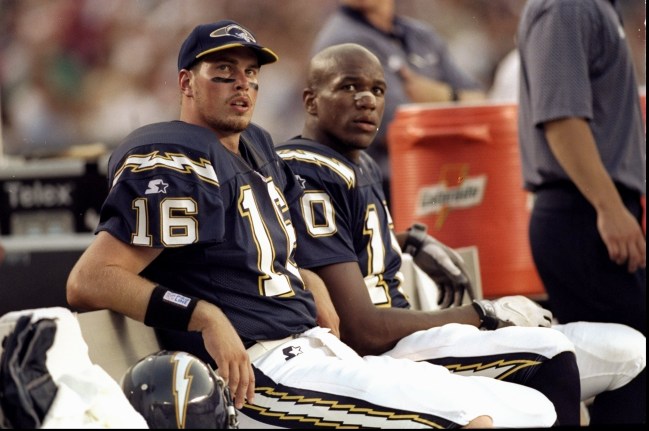 Ryan Leaf, the man who was picked only behind Peyton Manning in the 1998 NFL Draft, is now widely considered to be one of (if not the) biggest busts in NFL history. Leaf, who spent just four years in the league, claims the embarrassment of his failures contributed to the deterioration of his mental health and his reliance on drugs.

The 41-year-old’s criminal laundry list is long and ugly–including felony burglary and drug possession–which sent him to Montana state prison in December 2012.

Now, Leaf is using his likeness for good. He currently works as Program Ambassador for Transcend Recovery Community, a group of sober living houses in Los Angeles, Houston, and New York. His goal is to help end the stigma that exists surrounding mental health and drug abuse.

Despite the hardships in his life, Leaf still has a sense of humor. The Washington State product appeared on The Ken Carman Show with Anthony Lima on 92.3 in Cleveland to assess this year’s quarterback draft class. He weighed in on the endlessly scrutinized Baker Mayfield and his perceived character issues and compared him to himself.

Here’s what Leaf had to say:

“A good litmus test for me is always when I listen to radio interviews or TV interviews, I tend to close my eyes and just listen to the voice, and hear the answer. I always say, ‘if it sounds like the 1998 version of Ryan Leaf, there’s definitely a red flag that needs to be raised there.’”

In a separate interview last month, Leaf told Mark Willard on the Ballers with Babies podcast:

“I think, probably, the comparison with me is more appropriate [for Mayfield],” Leaf continued. “The highly competitive, borderline arrogant, angry individual. The biggest thing for me will be how he deals with failure. That’s where my downfall was, when things began to fall apart, how I was able to deal with that. When the media is on you, you play a bad game, your whole city is on you, that’s where we’ll see where Baker Mayfield is at. Right now there’s no evidence to back up that when things get tough, he won’t break.”

It’s a valid point. Is Mayfield’s self-assuredness genuine or is he using it to mask a marshmallow interior that cannot withstand the rigors of life in the NFL? That remains to be seen.