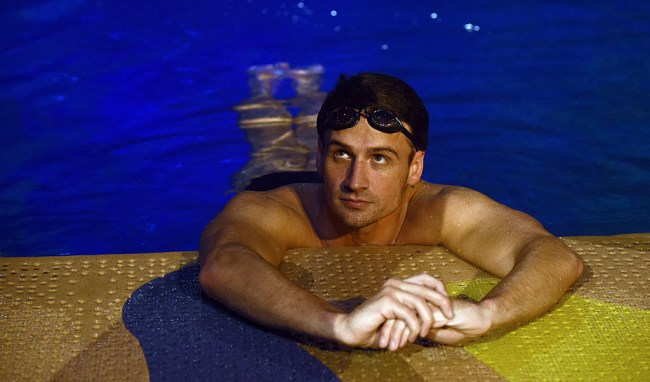 Ryan Lochte has never been the sharpest tool in the shed. Earlier today, we learned that the former US Olympic swimmer was suspended for a year by USADA after he violated anti-doping rules when he got an intravenous injection in May.

The longtime U.S. swimming star has been banned from competition until July 2019, which means the 12-time Olympic medalist cannot compete as planned in the national championships that start this week in California. Lochte will also be ineligible for other top meets, including the Pan Pacific Championships later this year and next year’s world championships.

Lochte’s offense was that he got an intravenous injection in May — a method typically banned under anti-doping rules. The 14-month ban, retroactive to May 24 and announced Monday by USADA, is his second in less than two years after his 10-month suspension for his behavior during a drunken incident that created widespread scorn at the 2016 Rio de Janeiro Olympics.

Apparently USADA began investigating Lochte after he posted this picture of himself getting the IV on Instagram.

Ryan Lochte could be in big trouble. IV ‘recovery’. pic.twitter.com/0Zm32lh5my

Lochte’s violation essentially came to light when he posted the photo of him getting the IV on his social media accounts. That triggered the USADA investigation, one that Lochte “fully cooperated” with according to U.S. officials.