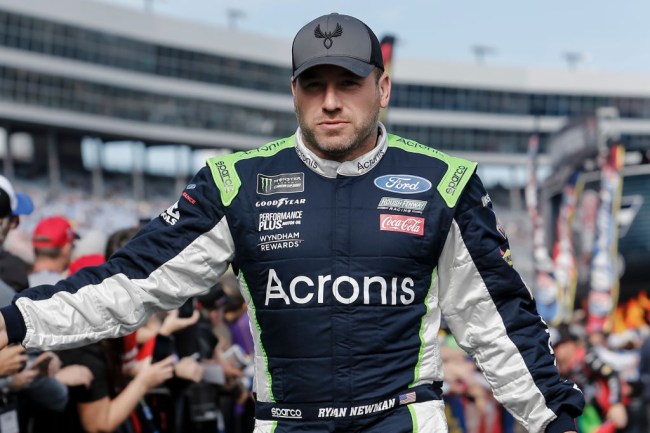 Ryan Newman was immediately rushed to the hospital following his terrifying crash during the final lap of the Daytona 500 on Monday. It was a scary scene as his car flew in the air flipping over and while it took some time for any sort of update to be released about his status, NASCAR announced that he was in ‘serious condition’ but his injuries were ‘not life-threatening.’

On Wednesday more good news came of Newman as Roush Fenway Racing released a statement explaining that Newman is ‘fully alert’ in the hospital and that he has been moving around the room joking with friends and family including his two young daughters.

Shortly after the initial statement, Roush Fenway delivered even more great news stating that Newman has officially been released from the hospital.

Ryan Newman has been treated and released from Halifax Medical Center pic.twitter.com/J0twhGgQm7

It’s just incredible to see Newman standing there with his two girls after what was one of the most horrifying crashes in NASCAR history.

Newman was credited with a fourth-place finish in Monday’s Daytona 500.

After two red flags and two overtimes, Denny Hamlin snuck past Ryan Blaney at the finish line to win the ‘The Great American Race,’ his second straight Daytona 500 victory, and third in his career. Hamlin became the first driver since Sterling Marlin in 1995 to win the Daytona 500 in consecutive seasons and became the seventh driver to win three or more Daytona 500s in a career.