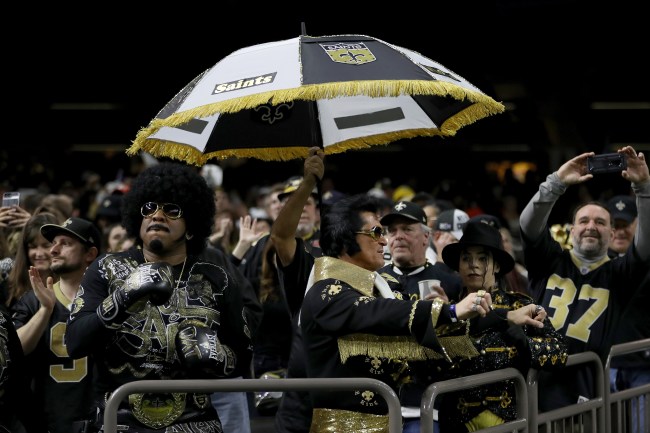 You know when the change.org petitions are being established, wronged and desperate fans are breathing their last gasp of hope. But, anyone who isn’t a Rams fan can sympathize with the people of New Orleans. They got royally boned. Like not just ‘controversial call’ boned, like ‘conspiracy theory’ boned.

Roger Goodell has the power to overturn the outcome under Rule 17, Section 2, Article 1 of the NFL rulebook, but he will not.  So, the last ditch effort is a petition that calls for Goodell and the NFL to schedule an NFC Championship rematch on Sunday, January 27.

Refs missed a blatant pass interference call against the Los Angeles Rams late in fourth quarter of Jan. 20 NFC Championship game, possibly costing New Orleans Saints a trip to the SuperBowl. Due to refs’ inability to properly officiate at the game, we the undersigned want a re-match against L.A. on Sunday, Jan. 27. It’s the only fair solution to this travesty of epic proportions.

At the time of me writing this, the petition has garnered nearly 590,000 signatures. For perspective, that’s enough people to fill the Superdome to capacity EIGHT times. It’s FIVE times the number of people who signed a petition for Maroon 5 to drop out of the Super Bowl halftime show.
The sad reality: justice will not be served. Life sucks, deal with it.