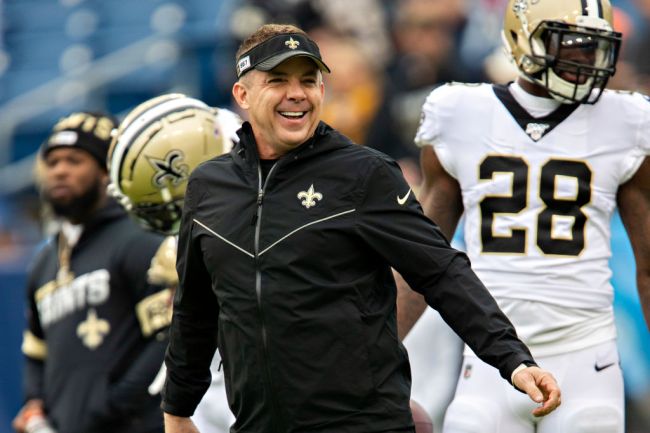 It’s not often you see the shot of the day at a PGA Tour Pro-Am come from an amateur, but that’s exactly what happened on Wednesday at the Zurich Classic after Saints head coach Sean Payton hit his tee shot on the Par 3 ninth onto the grandstand.

Given that it’s a Pro-Am, who wouldn’t attempt to hit their approach shot from the grandstand? So, Payton took out his 60-degree wedge, clipped the ball pretty nicely, and managed to find the green leaving himself about a 10-footer for par. Coming off the high of pulling off the shot from the grandstand, Payton went ahead and made the putt for an absolutely outrageous par save.

Payton went on to explain after the shot that it was a big hole in the money game he and his group were playing in. He said it was a press hole and that with him getting a stroke, his par was actually a net birdie. I’m sure his playing partners Jon Rahm, Ryan Palmer, and his former quarterback Drew Brees enjoyed witnessing the shot.

It’s bad enough to lose to a guy that’s getting a stroke on a Par 3, and then he goes out and gets up and down from a grandstand for his par? That’s a brutal, brutal beat.

"It was a big hole in the money game, too, so that made it better."

Coach came through in the clutch. pic.twitter.com/e3VQSAsH83

This isn’t the first time we’ve seen Payton pull off a ridiculous golf shot under some pretty intense circumstances. During the 2019 American Century Championship in Lake Tahoe, Payton somehow hit his tee shot on the Par 3 17th onto a boat. He went on to play the shot from the boat and managed to make solid contact.