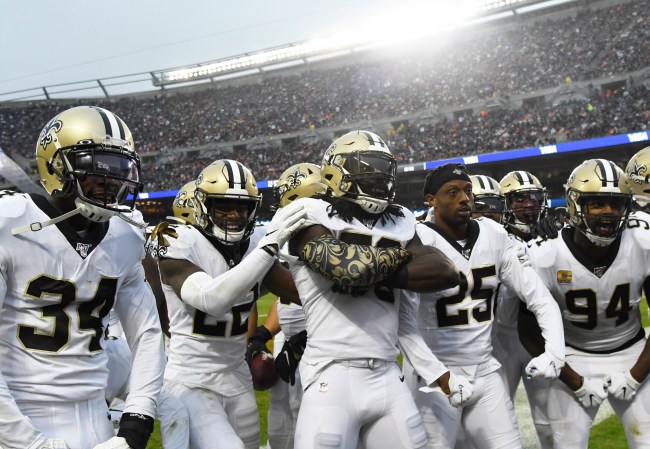 It’s no damn wonder the global sports betting market is valued at $70 billion, because this shit is just too damn unpredictable.

I don’t think anyone could have guessed that the Saints would rip off five straight wins–including victories over Seattle on the road and Dallas–without the NFL record holder for career pass completions, completion percentage, passing yards, and touchdown passes.

But, with a 36-25 win over the Bears in Chicago on Sunday, a Teddy Bridgewater-led Saints team sits atop the NFC South division with a 6-1 record.

ESPN’s Stephen A. Smith dug the Saints grave after Brees suffered a thumb injury on his right throwing hand in Week 2 that required surgery to repair a torn ulnar collateral ligament.

The NFL is a fickle beast.

As far as Brees’ status, it was first reported that the 12-time Pro Bowler would be out 6-8 weeks, but Brees said said he plans to return to practice this week and pinned Week 8 as a return ‘goal.’