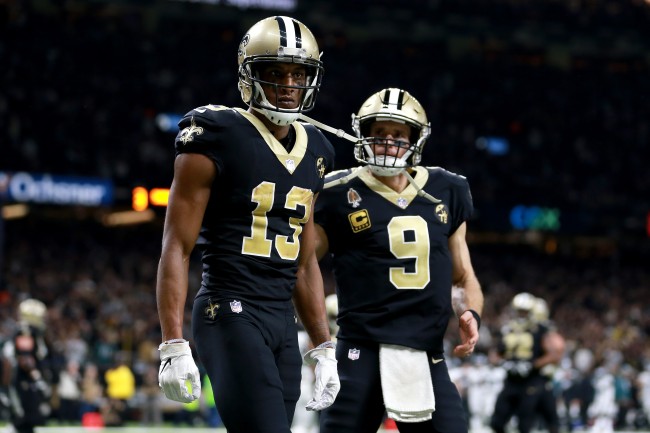 On Wednesday, Brees spoke with Yahoo Finance and says he still views anthem protests as disrespectful to the flag, which is something he “will never agree with.”

Thomas saw the video and responded to his QB’s comments on Twitter.

He don’t know no better.

We don’t care if you don’t agree and whoever else how about that.

1.) That’s me, a US Marine. If anyone knows about respect and love for country, I’m your guy.

2.) Knowing why some NFL players knelt in the first place ie raising awareness for racial justice, I don’t find their action disrespectful to my service or the Flag. pic.twitter.com/V2UhR6cQpq

Michael Thomas danced around directly putting @drewbrees name on his timeline while criticizing his ignorant statement, even trying to call out reporters for "speculating", but that didn't last long.. pic.twitter.com/LJ2a6i79tW