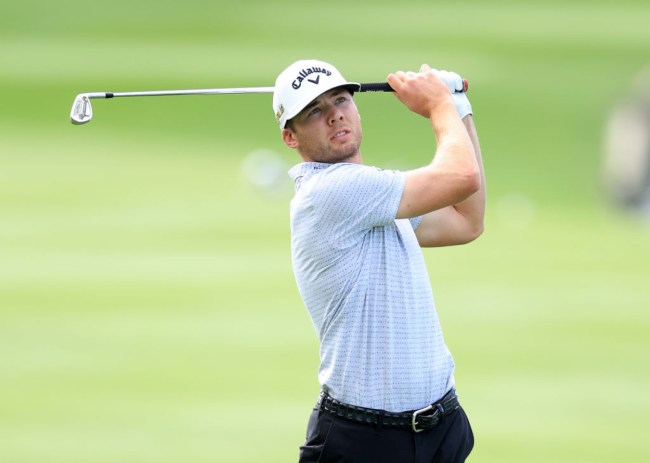 We see holes-in-one during the Masters Par 3 contest year after year, but we’ve never seen anything like Sam Burns’ near ace ahead of the 2022 Masters.

Burns flew one of the greens during the contest and one fan took it upon himself to catch his ball on the fly. It’s a natural instinct to catch a ball as it’s bouncing directly at you, and if you’re going to catch a golf ball at a tournament, you may as well do it during the Masters Par 3 contest, which doesn’t mean anything.

Instead of catching the golf ball and dropping it so Burns could play his second shot from there, the fan tossed the ball onto the green. It was a great effort, too, because he nearly jarred it.

The video is one of the funniest to ever come out of the Masters Par 3 contest.

Sam Burns airmails the green during the Par 3 contest, a fan catches it on the hop, and nearly throws it in the hole.😂 pic.twitter.com/fdMTcarIkj

I’m not so sure this would have gone down as an official hole-in-one in the Masters Par 3 contest record book, but it would have absolutely been an all-time moment.

It’s safe to say that Burns is hoping he doesn’t airmail any greens with a wedge in his hand during the actual tournament this week.